Alone in the Dark: Developers Talk 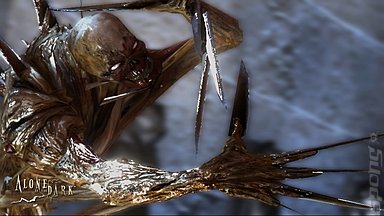 Alone in the Dark is nearly upon us. To celebrate the fruition of the project, which was announced waaayyyy back in 2005, Atari has released the 'Making Of' video below.

SPOnG is currently dwelling on the irony of a title called Alone in the Dark being released as close as is possible to the longest day of the year. We'd like to think it's because the game is just too damned scary to be released in the deep dark depths of winter. We don't know where that leaves PS3 owners, who won't see the game on their platform until "towards the end of the year."

Anyway, click on the video below to see how Alone in the Dark nearly didn't get made and see how much better it looks than the original from back in the days of yore...

For more on the game, see SPOnG's dedicated game page.

SuperSaiyan4 16 Jun 2008 11:04
1/2
Up to now I have been heavily dissapointed in Atari's offering, even the latest DBZ game was a huge let down beit it was developed by BandaiNamco and published by Atari.

However this is make or break for Atari.

Joji 16 Jun 2008 11:40
2/2
I have to say, Alone in the Dark looks damn good. Across most formats, I hope it works out for Atari, especially the Wii version which is very cool in its gesture based control system. Wii owners need a game like this too.

Just when I thought I'd be buying now games this summer, how wrong I was.

I still think they should ditch the Atari name, because its been a bad omen so far. We'll see if their luck will change.