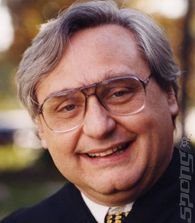 Alex Kozinski: Metroid player.
Alex Kozinski, chief judge of the U.S. 9th Circuit Court of Appeals, is an interesting character to say the least. A George Bush appointee and sometime player of video games, he is also overseeing an obscenity trial. Or he was, before it was suspended. The LA Times gives the reason as follows:

"Kozinski acknowledged posting sexual content on his website. Among the images on the site were a photo of naked women on all fours painted to look like cows and a video of a half-dressed man cavorting with a sexually aroused farm animal.

"He defended some of the adult content as 'funny' but conceded that other postings were inappropriate."

Kozinski is not only a highly-placed judge however, according to the That's News to Me blog, he's also reviewed video games for the prestigious Wall Street Journal including, Zelda, Metroid, and The Legacy of the Wizard.

The blog quotes the judge's insight as follows:

Not only that but he's also apparently not too shabby at playing the games because he "actually beat Metroid, based upon his use of gender-specific language to describe Samus".

Here's a slice of that review,"The action unfolds inside the planet Zebes, the breeding ground for the evil Metroids, flying jellyfish that are preparing to invade the galaxy. One shudders at what might happen if they succeed. Fortunately, you are on the scene as Samus Aron. Samus must weave her way through a honeycomb of tunnels looking to destroy the Mother Brain (Ma B, to the cognoscenti), controller of the Metroids. Particularly ingenious are the various powers Samus acquires, and the ways she can use them to reach seemingly inaccessible places. This is one game you can't complete without careful mapping, so keep pencil and graph paper handy."

He signed off his reviews, which admittedly dried up in the 1990s, with "Mr. Kozinski, a judge on the U.S. Court of Appeals for the Ninth Circuit, uses his three small sons as excuses for his videogame forays."

It's funny the kind of upstanding people that play and love their video games, isn't it?

Sources:
The LA Times
That's News to Me Blog