Taking you back to a simpler time... 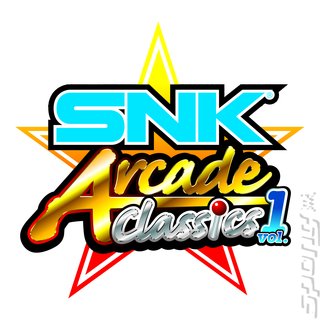 All Images (17) »
Remember the good old days when fighting felt artful, and fury felt fatal? The days when you'd endlessly stuff coinage down the throats of the arcade machines down at SuperBowl 2000 in the hope of becoming king of the monsters? Well, Ignition and SNK have decided it's time to take a wander down memory lane, with the duo having just announced SNK Arcade Classics Vol. 1.

The package will include the likes of (if you hadn't guessed) Art of Fighting, Fatal Fury, Metal Slug and World Heroes.

It's planned for an Autumn release on the PlayStation 2 and PSP, with a Wii version set to come at a later date.

Pointing out how SNK used to make you skint, Peter Rollinson, product manager for Ignition Entertainment said, "In the Arcade, the addictive quality of these games ensured that the money in your pocket didn?t last long. Now the only difficulty is deciding which game to play first".

The full list of titles to be included in the compilation (and a few words on each from Ignition) runs as follows:

"Art Of Fighting - The first fighting game to introduce the then new Spirit Gauge, Super Special Moves, use of the ?zoom in/zoom out? function and battle damage to the characters faces.

"Burning Fight - Battle organised crime in the streets of New York in the side-scrolling fighter.

"Fatal Fury - The first of SNK?s fighting franchises to use the NEOGEO MVS System.

"King Of The Fighters ?94 - This is where the KOF phenomenon began.

"King Of The Monsters - Giant monsters, Destruction and mayhem in Japan.

"Last Resort - Take on hordes of enemies in the popular futuristic shooter.

"Metal Slug - this series has long been regarded as the bench mark of side-scrolling purity, now see why!

"Neo Turf Masters - Can you get a hole in one?

"Shock Troopers - Fast paced action and lots and lots of bullets in this run and gun adventure.

"Super Sidekicks 3 - We all love football

"Top Hunter - In this futuristic platformer, you play as Roddy or Cathy, as you protect the Colonists from the threat of the Space Pirates.

"World Heroes - Take on the greatest fighters throughout time in this popular fighter."