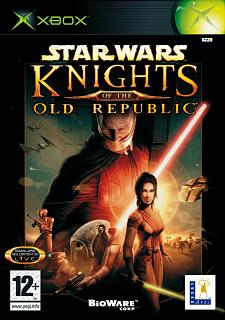 Reports are suggesting that a rash of lay-offs has hit LucasArts, prompting one disgruntled former employee to apparently spill the beans on several projects, including an unannounced third game in the Knights of the Old Republic series.

First, the lay-offs. Around 100 staff are rumoured to have been let go since Wednesday, with affected employees ranging from testers right up to head producers. More on who in a moment.

One disgruntled ex-employee has indicated that the lay-offs will leave the company short-staffed on several projects, not all of which have been announced. Knights of the Old Republic 3 ? reportedly an MMO being worked on in conjunction with BioWare, is top of that list. Also mentioned is Star Wars: Battlefront III, "The Official Indiana Jones" game, "another LEGO game based on the Indy universe" and "a lightsaber game for the wii (sic) (sorry, no lightsaber peripherals)".

KOTOR III certainly sounds plausible. BioWare, which developed the first KOTOR, has been confirmed as working on an as yet officially unnamed project with LucasArts. It was later confirmed by Electronic Arts, now the owner of BioWare, that the project is a ?New MMO?.

Battlefront III has been rumoured to be the unnamed LucasArts project in production at Free Radical. If that is the case, it is unlikely to be drastically affected by LucasArts lay offs. But, as we said, that's just a rumour...

LucasArts has previously said that a non-LEGO Indy game is in production, although it has fallen off the radar somewhat.

An image emerged last week suggesting that a Clone Wars game is coming exclusively to the Wii and DS?. That could be the lightsaber game in question. Alternatively, it could just be the Wii version of Force Unleashed, but it seems likely that the former employee would have mentioned it by name if that were the case.

Back to the lay offs - VP of Product Development Peter Hirschmann has been named as one of the more notable employees to walk Spanish, as has Shawn Storc, producer of LEGO Indiana Jones and LEGO Star Wars: The Complete Saga.

Several months ago, following the departure from LucasArts of its CEO, Jim Ward, an anonymous poster on a forum who apparently had insider knowledge of LucasArts said, ?Now the head of licensing (Howard Roffman) is now interim president for Lucas Arts and this could spell trouble for the LucasArts division. There are some that believe that more money can be made by licensing the SW and Indiana Jones IP to third party developers than through in-house development. Whether Mr. Roffman's taking over the reins of LucasArts represents such a shift will be only be revealed in time.???

Could that be what's coming to pass with the lay-offs? It's not known for definite whether the poster was actually a staff member at LucasArts, so at this point it's difficult to say.

What is apparent, however, is that there is a sea change underway at LucasArts. As well as the aforementioned departures from the company, it also recently left the Entertainment Software Association.