EA jumps on board 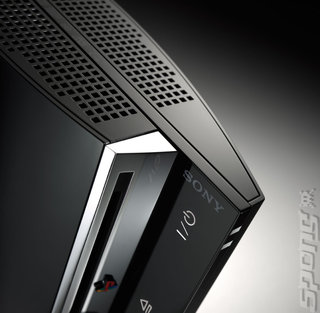 It's nice to see something that Sony, Microsoft and Electronic Arts all agree on. In-game advertising, they all feel, is a good thing. Following Microsoft's assertion that gamers are more than happy to have advertising in their games, Sony has announced a partnership with IGA Worldwide to serve up ads as you play, with EA saying it is also getting in on the action.

Just how this arrangement will work – and whether third-party publishers will be able to form their own agreements with other in-game ad companies – has not been said.

EA, however, was quick to announce its involvement. The publisher has entered a two year agreement with IGA for the PS3. The deal puts the company in charge of managing ad placement in EA Sports series (including Madden, NBA Live, NASCAR and NHL) as well as the Need for Speed and Burnout franchises. IGA and EA are not strangers - IGA already handles advertising in more than one EA game.

Phil Rosenberg, senior VP of Sony Computer Entertainment America, echoed sentiments from Microsoft (which SPOnG told you about earlier today), saying, “Ads that are organic to the environment not only benefit developers and advertisers, but also create a richer experience for gamers.”

Speaking about the Sony deal, Justin Townsend, CEO of IGA Worldwide, said, “PlayStation 3 is undoubtedly the prime opportunity for the in-game advertising industry. Through this partnership with Sony Computer Entertainment, IGA can provide advertisers with a large and valuable global user base of 16-35 year old consumers with disposable income. With our standardized awareness-building advertising formats being delivered directly into people’s living rooms while they play, there are great opportunities for advertisers looking to engage through an entertainment medium outside of the traditional TV spot.”

Whether you see in-game advertising as an new revenue stream for the games industry that will alleviate costs at retail or an annoyance that spoils the purity of your gaming, it looks like it's here to stay.
Companies: Electronic Arts SCEA SCEE
Games: Burnout Paradise Madden NFL 08 Need For Speed: ProStreet

Also seeing real-life ads on billboards in action games or even the odd Coke/Pepsi machine blending into the environment wont really bother me,

However I can see these ads propping up during loading times

EA get a load of money for putting adverts in. Sony say "yeah, we're in if you give us a cut" so EA say, alright. We're all winners. Hurrah.

Then the consumers go - "brilliant. Companies are always paying for space in magazines, on buses, billboards etc, so they'll pay us a bit - we'll get our games cheaper. Hurrah!! Oh wait, why have Sony and EA posted record profits? Why can't I get FIFA for less than Ł50?!"

Just another example of profit grabbing shareholders providing motivation for any kind of activity within the entertainment industry, rather than the quality of products, and god forbid if any artistic integrity remains intact...