More than a month of driven fast, drinking like a child and getting your wingwang squeezed. 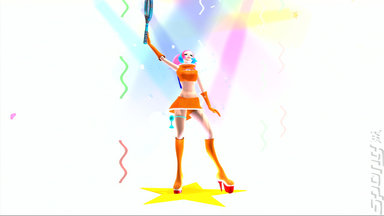 Five weeks! Five weeks with one game at the top of the UK All Formats video game charts. It's like being back in the 1990s with Bryan Adams' Everything I Do at the top of the pop charts. You know that millions of people must think it's brilliant because they keep buying it - but for the life of you, you are sick to death of the sight of, in this case, Niko Bellic. The fact that the game has, according to Chart Track, also seen a 22% drop in sales only goes to highlight just how hugely the multi-platformer has sold.

So, with a large "Well done, we'll see you later" to the Bellic brothers we look further down the Chart. Right below nests Codemasters' Racedriver: GRID as a fresh-faced new entry. In fact, it is the only fresh-faced new entry into the Top 10 this week. The buying public has simply not bothered with releases such as Enemy Territory: Quake Wars, settling for old favourites to keep them going through the half term break instead.

With this in mind, all we really see are the return of some familiar faces in the form of SEGA Superstars Tennis (Number 7), which returns like a Christian man-child singer to Wimbledon from the doldrums of last week's Number 15. Also putting its head over the parapet is Activision's Call Of Duty 4, which rejoins the big guns from last week's Number 12 to this week's Number 9. From we can see having explored the Interweb, quite a few gamers having become bored with Bryan Adams... sorry Niko Bellic are turning to COD4.

Other points to note are, with the European Soccer-Kicking Championships soon to kick off in the exciting atmosphere of Austria and Switzerland (minus the annoyance of watching the home nations bore their way to elimination), footy games maintain their Top 10 positions. Konami's Pro Evolution Soccer 2008 (Number 5) beats EA's FIFA 08 (Number 8) to the soccering crown.

Finally, despite much fanboy screaming and reviewing consternation, (currently) PS3-exclusive Haze retains its Top 10 position for another week, sitting in at Number 6, three places down on last week.

So, next week we see two more contenders to knock Everything I Do (I GTA 4 You) off the top spot in the form of Lego Indiana Jones: The Original Adventures and Ninja Gaiden 2. Oh, and in case you've forgotten, Metal Gear Solid 4: Guns of the Patriots due out on the 12th of June.