World in Conflict: The Beauty of War 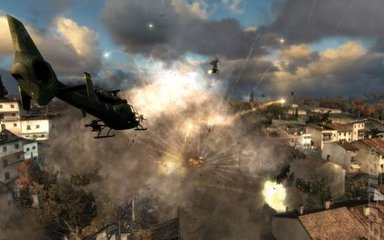 As far as SPOnG can tell, all battles should be fought in Norway by night from now on. That's what this latest video for World in Conflict: Soviet Assault, Sierra's upcoming strategy/action sequel, has taught us.

We don't just say that because a battle being fought in Norway means its not being fought where we are, or somewhere important like where the oil is. Nope, it's because war in the snow beneath the Northern Lights with a gentle ambient soundtrack is so gosh-darned pretty.

Check out the video and see what we mean. When you're done, you can find out more about Soviet Assault on SPOnG's dedicated game page.