Codemasters: Formula One to Come to Nintendo Wii 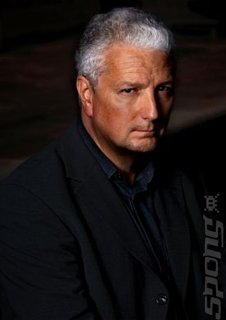 Serious(ly tanned) Rod Cousens from some time ago.
You have got to give it to Codemasters' CEO Rod Cousens, the industry veteran isn't backward with coming forward when it comes to the potential of a new franchise. Having recently secured the licence to official F1 games, Codies' CEO is already planning its longterm future - and that future is 'quasi-TV'.

In the more immediate future, however, the franchise - a franchise that had previously been Sony's in console land - is going multi-platform. Says Cousens, "...clearly we’ll be targeting formats where there’s been no Formula One experience for a number of years, and the Nintendo Wii, the fastest-selling hardware console in the world today, where the plan is to use the controller like a steering wheel.

"We’ll go through a parallel development process on that, the Xbox 360 and the PlayStation 3. The artwork involved will be intense and a lot of that will be done overseas to make sure we’re up to speed."

Regarding online potential, Cousens tells the official F1 website that, "In theory the game could almost become quasi-TV. For example, you could speak to drivers during practice and ask them, ‘how are the tyres, how is the suspension?’ They may not give much away, as they have to race, but it’s all part of the compelling experience that you could replicate in the game - and with every extra piece of information the player can adjust his or her racing experience accordingly. Virtual F1!"

That is the kind of flying-car and jetpack forward thinking that we applaud especially as it comes from the CEO of a UK developer, both of which have been around for years and who could be chucking out dead-horse flogging games if they felt like it.

Rod's not all 'blue sky thinking though, he's a realist and tells the site, "People want to be able to pick up a game, do whatever you do very quickly, post their times up on a leader board and then go off and misbehave elsewhere."

Too right we do.

OptimusP 2 Jun 2008 07:02
1/1
So...Codemasters is designing a shell for the Wiimote right? With semi-real gear-levers connected to the b-button right? That would be so awesome!

I wonder if they thaught about that...and if i just gave them the idea...i want royalties damnit! :p