GTA IV yet to take effect? 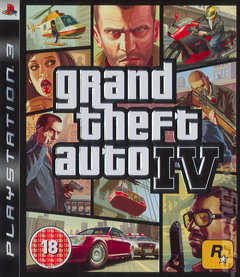 North American sales of the PlayStation 3, Xbox 360 and Wii dropped off in April according to the most recent figures from stats collator the NPD Group.

Microsoft and Sony were in a neck-and-neck race in April with 188,000 360s sold compared to 187,100 PS3s. That compares to 262,000 sales and 257,000 sales respectively in the previous reporting period. The higher figures for March are also directly related to the Easter holiday traditionally being the second biggest-selling period, with Xmas being the first.

Given GTA IV's launch on April 29th, however, the drop-off could be viewed as bad news for Sony and Microsoft. Even with that tiny period of sale, GTA IV led the way in terms of software with overall sales of 2.85 million. The 360 version accounted for 1.85 million, the PS3 for the remaining one million - so, a 65% for the 360 versus 35% for the PS3.

(An interesting note going into Week 2 sales is that Chart Track's UK-only sales data for Week 2 shows a 62% to 38% split).

Sony's GTA IV take also saw it hit third in the software charts, being outsold by Mario Kart Wii with 1.12 million copies of the latter sold.

"It was surprising not to see bigger hardware sales for the Xbox 360 and the PS3 given the release of GTA IV", wrote NPD analyst Anita Frazier in the report. "However, since the game was only in the market for five days during this reporting period, that sales lift could very well be evident in May data."

So, in classic analyst terms - a surprise that isn't a surprise.

While the Wii massacred its hardware competition with 714,200 units sold, this was also a slight drop on the previous month's 720,000 sales. Frankly, that has to be seen as holding steady though.

One thing that tweaked our interest was the continuing plummet for PS2 sales. February saw 351,800 sold in the USA; March saw 216,000, and April sees 124,400. This is certainly not a surprise given that we're now firmly in the 'Next-Gen'. What is intriguing, however, is which (if any) of the 'Current-Gen' consoles are picking up users from the PS2.

You can see the Top 10 software releases from April below.