EA reponds to Activision's criticism of its studio management 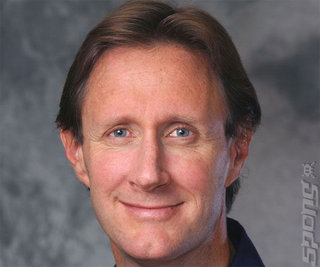 EA's Jeff Brown
Electronic Arts has bitten back at recent comments from Activision?s CEO, Bobby Kotick, which indicated that the publisher saps the soul out of studios it acquires.

Responding to Kotick?s claim that EA ?has commoditized development? and that ?It did a very good job of taking the soul out of a lot of the studios it acquired??, EA?s Jeff Brown, EA's VP of corporate communications, said:

?The truth is, everyone laughed (at that comment). In the past year EA has made radical changes to decentralize the company and put creative control back in the hands of development teams. It's too early to declare victory but if you talk to people like Patrick Soderlund at dice in Stockholm, Mark Jacobs at Mythic in Virginia or Josh Resnick at Pandemic--they'll probably tell you that it's working. They get a lot of resources and creative freedom. That freedom has already contributed new start-ups like Dead Space, Mirror's Edge and Boom Blox and there's a lot of others to be announced soon.???

Asked what he thought of Activision?s management of its studios, Brown simply responded, ?No strong opinion. They've got three great franchises, it's great that one of them was actually developed at Activision.? Ouch!

Kotick has not limited his criticism of EA to its studio management. In a recent interview he said of EA?s proposed takeover of Take-Two, ?That's concerning, sure. When you think about one company in control of the sports category, with no competition from anybody else, that could be a challenge?.

SuperSaiyan4 6 May 2008 13:16
1/1
And how many games made by EA have recieved amazing reviews and regarded as one of the best games?

Or how many people hate EA for churning out crap and killing off franchises that used to be good before they got their hands on them?

I think the latter would get higher votes...