Stand Off! Microsoft vs Sony in GTA IV Sales Wars

What the platform holders have to say 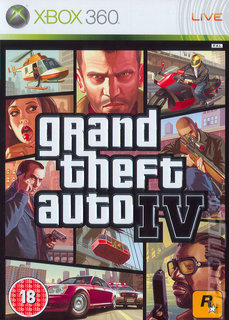 Microsoft and Sony have both commented on sales of Grand Theft Auto IV in America and how it has done for their respective platforms. It would seem that there's a bit of discrepancy in their respective takes on the subject.

"What we've heard anecdotally from our retail partners is that the Xbox 360 version of the game is outselling the PS3 version by a margin of two-to-one", uttered Aaron Greenberg, director of product management for Xbox 360 and Xbox Live. "That mirrors what we saw with pre-orders, but it continues to hold true at retail, at least for the first couple of days. It's a great sign."

Sony, however, isn't sold on that 'anecdotal' little factoid. A Sony rep said that the two-to-one ratio "doesn't line up" with what Sony has been hearing from retailers.?

So, what has Sony been saying? GTA IV has been driving hardware sales, apparently. A statement from Sony Computer Entertainment America tells us, ?as expected, the demand for Grand Theft Auto IV drove sales of the PlayStation 3 entertainment system within the first 24 hours, continuing the strong legacy of the franchise on PlayStation platforms.? Alas, no hard figures were given.

The company recruited Bob McKenzie, Senior VP of Merchandising at GameStop to tell us, "From our position, the launch of GTA IV has been tremendous in driving traffic to our stores, as well as providing a vigorous lift in PS3 console sales over this time last week. We attribute the growth to a huge fan base of PS2 owners who see this title as the trigger for the PS3 upgrade they've been planning."

Even Wedbush Morgan analyst Michael Pachter was brought in to say, "I think brand loyalty is going to kick in for Sony, starting today. There is a huge installed base of loyal PlayStation 2 owners who have been looking for a reason to upgrade, and they have strong previous ties to the Grand Theft Auto franchise on PlayStation platforms. Add to that a number of other big exclusive games for PS3, including Gran Turismo 5 Prologue, Metal Gear Solid 4, LittleBigPlanet, and SOCOM: Confrontation, to name a few, and it seems like Sony's in a great position right now."

SPOnG's opting to wait for hard figures from NPD for the definitive word.

What we do know for definite is that sales of the two versions were close in the UK, with the Xbox 360 version grabbing 55% of the total sales.

Bob McKenzie seems to agree too.

SuperSaiyan4 2 May 2008 11:57
2/4
All Sony and Microsoft need now is a handbag LOL!
more comments below our sponsor's message

deleted 2 May 2008 12:08
3/4
schnide wrote:
I think Pachter's comments are spot-on, which relates to what I was saying in the other thread Haritori :)

Bob McKenzie seems to agree too.

All well and good, but unitl we see actual figures ill take with a pinch of salt.

Wethepeople 2 May 2008 13:51
4/4
Even though I'm not a big fan of Microsoft, the xbox 360 looks like it'll soon be sitting on my shelf with a copy of GTA4 buzzing away in the back ground. I've always been a fan of Playstation, having owned every consol bar the ps3. I never even entertained the idea of buying the first xbox but............Microsoft have made it almost impossiable to resist.

With exclusive downloadable content for GTA4, an incredably cheap system, a successful online enviroment & the faint possiability of a Blueray add-on drive.

Its time to hop off the fence.