The Darkness Sequel on the Way

Just don't say 'Darkness' and sequel in the same sentence... 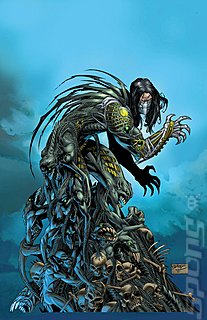 Matt Hawkins, the president and COO of Top Cow - publisher of the original comics series of The Darkness - has indicated that a sequel to the video game is on the way.

There hasn't been any official word from 2K Games, the publisher of the first title, but with Hawkins' hint carrying all the subtlety of mal-coordinated, ninja elephant, SPOnG reckons we can be safe in the knowledge that a sequel is coming.

No other details have been given out, although some sources have reported that 'a villain worthy of Jackie Estacado' will be featured. While this could turn out to be true, it will be by coincidence if it does. The source for that little tidbit is actually comments by Phil Hester, writer of the Darkness comics series. As you might expect, they relate to the paper-based stories of The Darkness, not the upcoming game.

For more on the first Darkness game, check out SPOnG's dedicated game page.