Xbox 360 Back Ahead of PS3 in March Stateside 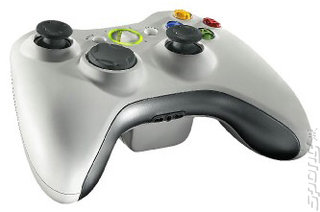 North American Sales of Xbox 360 hardware pulled ahead of the PlayStation 3 in March according to market research company NPD.

Microsoft attributed its over-taking Sony to renewed supply of the console. "We said as our supply issue lifted that we'd be back in the game", commented Microsoft spokesman David Dennis. "For the most part we're in good supply throughout the retail channel. There are still pockets of shortages, but for most part you can go into a store and find an Xbox 360."

Sony Computer Entertainment America's president and CEO, Jack Tretton, remained bullish. "Our sales momentum continues to defy what is traditionally a sluggish sales month?, said Tretton in a statement. ?PS3 continued the strong momentum with a year-over-year sales growth of over 98%. It is proof that, in these economically challenging times, consumers recognize the long-term value of our platforms and the tremendous heritage of our brand in delivering the best entertainment experience."

Overall, hardware and software sales were up 57% compared to the same period last year. $1.7 billion was made in total. "You'd never know that the U.S. economy was under distress by looking at the video games industry sales figures", said NPD analyst Anita Frazier.

It's worth noting, of course, that this time last year both the Wii and PS3 were only a few months into their life cycle in the US ? a factor bound to affect sales.

Nintendo also led the way on the software front, with Super Smash Bros. Brawl for the Wii topping game sales with 2.7 million copies sold. (Quite a way) behind it was the 360 version of Ubisoft's Rainbow Six Vegas 2, with 752,000 sales, followed by the 360 version of Electronic Arts' Army of Two with 606,000 sales. You can see the Top 10 in full below.

so what? I still buy games for my Mega Drive, PS and PS2 and I have more Virtual Console games than Wii games, and if my Mega Drive ever broke I'd buy another one without thinking twice about it. Just because you only want the latest stuff doesn't mean everyone is as narrow minded.