Ryu slices and dices on DS 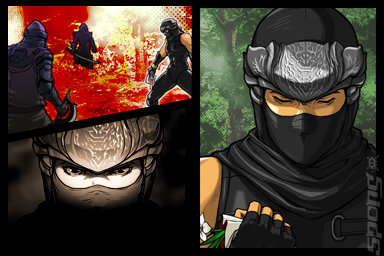 All Images (3) »
Ubisoft is bringing Ninja Gaiden: Dragon Sword for the Nintendo DS to Europe. The French publisher has announced a distribution deal with Tecmo, the game's Japanese publisher, that enables it to distribute the game on European shores.

The game, which is the series' first appearance on the DS, is set to appear over here in June this year, following the March 2008 Japanese and US releases. To warm us up for a spot of slicing and dicing, Ubisoft has released the video and screens below.

?Ninja Gaiden Dragon Sword brings a new level of gaming action to the Nintendo DS?, Yoh Watanabe, Tecmo?s Marketing Manager, helpfully tells us. ?There?s currently a demo available on the DS Download Station and I urge everyone to try it out and you?ll know what I mean.?

The game makes use of the DS stylus to guide Ryu as he gets to Ninja-ing. You can see it in action in the video below and read more about it on SPOnG's dedicated game page.