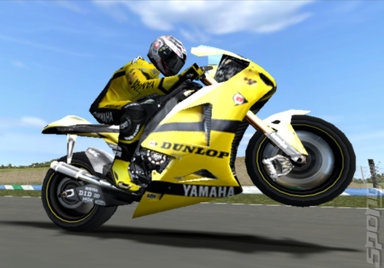 The deal is set to run for five years and replaces the agreement that enabled Capcom to publish MotoGP games on Sony platforms which saw the release of MotoGP '07 on PS2 last year. Previously, THQ had been publishing MotoGP games for non-Sony platforms.

The deal was made with Dorna Sports, which holds the commercial and TV rights to MotoGP.

Capcom has announced that, to kick things off, it will release games based on the 2008 MotoGP season on the PS3, Xbox 360 Wii, PS2 and PC.

Mark Beaumont, executive VP, officer and head of Capcom consumer software publishing in the Americas and Europe, is pretty excited. ?We are very excited to have signed this long term agreement with Dorna Sports, which for the first time grants one publisher worldwide multi-platform rights to the adrenaline fuelled world of MotoGP. We feel this move to a single publisher will greatly benefit our ability to develop titles that deliver more authenticity and excitement to the consumer?, he said.

Dorna Sports returned the love, with Carmelo Ezpeleta, the company's CEO, saying, ?Capcom has already shown its ability to deliver a title that captures the essence of MotoGP and we look forward to working with them over the next five years?.