And a little slip into April 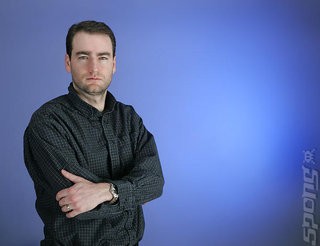 Q Why is Game X so bloody brilliant?

A Well, basically because the team worked 24/7 going forward on the sheer joy of making world-class games on platform(s) X and Y.

Q How cool is that? How cool are you!?

A Thanks for asking, boss... damn!

This one is actually quite informative, so we're sharing the whole thing - along with some new shots of the PC version - with you.

The key points to note are:

1) The game has slipped from late March (28th) to April.
2) There are four new investigation types (Archer assassination, rooftop race challenge, merchant stand destruction challenge and escort challenge). No, we don't know when these are going to be available for console.
3) The PC version supports the Xbox 360 controller.
4) Blending when close to a dead body doesn?t work anymore.

So, read on for the official Q&A as supplied by Ubisoft and check out SPOnG's dedicated Assassin's Creed (PC) page for the new screenshots not shown here.


Being Q&A as Supplied by Ubisoft

1-The game is being released four months after the console versions. How did you use this extra development time ?

Based on the feedback we got after the release of the console versions, we decided to add even more variety by developing a total of 4 new investigation types (Archer assassination, rooftop race challenge, merchant stand destruction challenge and escort challenge). The archer assassination requires the player to assassinate the archers in a dedicated zone without being seen. In the rooftop race challenge, the player will meet an informer and will have a set amount of time to reach a second informer. In the merchant stand destruction, some merchants have ties to the assassination target and their activities must be stopped by Altaďr. Finally, in the escort challenge, the player needs to securely escort a fellow Assassin from point A to point B.

The game comes with both DX9 and DX10 executables. If you own a DX10 card running on a Vista system, the game will use the full capabilities of the board to optimize the performances of the 3D graphics. You'll be able to play the game at high resolutions with minimal impact on your framerate.

3-In your opinion, what is the average machine needed to play the game ?

4-AC has been perceived as a new milestone on consoles but pretty repetitive at times ? did you try to tune this on the PC version ?

5-How did you manage to adapt the gameplay to the PC and to the PC controls in particular ?

Even though we support the Xbox 360 controller just like the console version, the user can choose to play with the keyboard and mouse for a more direct control over the camera and access to the menus. There are 4 default keyboard and mouse configurations that can all be customized to the player's needs.

6-It?s been said quite a few times that the AI on guards and on the crowd was not always as ?ideal? as promised : have you managed to, improve this on the PC version ?

We modified the reaction of guards in certain occasions. Blending when close to a dead body doesn?t work anymore; guards will spot you if you stay too close. Also, the reaction of the guards to stealth assassination is now based on the number of NPC around you making it more realistic. If there is no one around you, guards will spot you much faster and if the crowd is bigger, you won?t be spotted that fast.

8-What is the game due to be released ?
The game will ship in the early days of April.