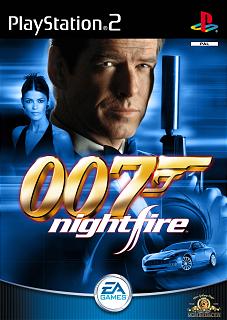 A recent study has found that "Instead of joy resulting from victory and success", gamers find that, "wounding and killing the opponent elicited anxiety, anger, or both".

The study also noted the length of time a violent game is played did not lead to a deadening of the emotional response - thus indicating that desensitisation to violence due to playing games may not be a problem.

It looked at the responses of Finnish students as they played both a violent and a non-violent game. The scientists in question meant business, sticking electrodes into the skin and facial muscles of their Finnish subjects to gauge emotional arousal levels.

The students were also subjected to the Eysenck Personality Questionnaire, which measures psychotic tendencies. It was noted that those who scored higher (more psychotic) had more neutral responses to killing... in video games that is.

So, what were the games? The non-violent game is fairly uncontroversial - Super Monkey Ball 2 (GameCube - 2003).

Daz 27 Feb 2008 17:35
1/6
the study is flawed you have amercans playing as a british secret agent, for cause they gonna enjoy losing more it give them an excuse to call themselves better than us.

stop posting on this website, go back to school, and learn to read/write

Daz 27 Feb 2008 19:05
3/6
I didn't get that far smart arse did you not think of that? of course you didn't you're just SO eager to point out mistakes you forget to think of all the possabilites.

seriously tho, I got as far as "American Psychology Association's Emotion journal" and since usually amercans don't give two f**ks about anything that isn't from them it made little sense that it would have been from anywhere else.

and no I won't stop posting on this site, I know how to read and write and I don't think I'll be going back to school any time soon but who knows what the future will hold

I don't think I'll be going back to school any time soon
"Back" he says.

Joji 28 Feb 2008 10:04
5/6
I have a death wish after spending money on a crap game, then not being able to return and exchange it, or for games with insane difficulty that would require my growing an extra pair of arms to complete.

For killing characters in a game, well no I don't. In game charcaters earn their money by being beaten up and shot by me.

Does a boxer have a death wish after using a punch bag for training? No, because as with games, it just an obstacle means to an end. Its about fun, not moral bs etc.

the fact I can reply to your post proves that numb nuts.

I don't think I'll be going back to school any time soon
"Back" he says.


yeah you got a problem with that? i'm 23, would you like to take the piss out of me for that aswel?
Posting of new comments is now locked for this page.