Sneaky one this, take a look! 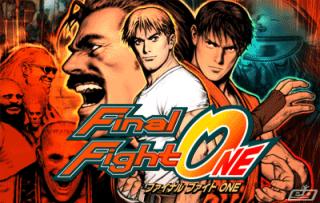 Just a quickie for you here. Take a look at the confirmed artwork for the upcoming Game Boy Advance title Final Fight from Capcom. Looks slightly familiar doesn’t it?

The box art has obviously been created by one of the ex-SNK employees that Capcom now employs.

We would go as far to say that fans of SNK and in particular the King of Fighters series can see a bit of a coup here. The artwork and lettering used is more than reminiscent of the KOF games.

We wonder why no-one at Capcom or Nintendo spotted this?