Good idea to let it have the Hi-Def format then? 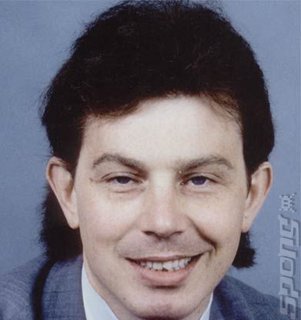 Another cool, hip dude?
An unnamed Toshiba insider has told Reuters that it's not simply numbers of HD-DVD discs and drives sold compared to Blu-ray that are leading the company to consider the death of its favoured format. It's also down to, well, cool and marketing savvy.

"Sony is hip, Panasonic tries, but Toshiba stays geeky. We learned that we need to work on marketing, but will we get more chances to do that? I don't know."

The swipe at Panasonic seems a little graceless to us, but frankly as it doesn't make games consoles, who cares?

The article states why, in the minds of analysts at least, leaving HD-DVD twitching in a heap makes sense for Toshiba as a business. "Toshiba will be able to save some $450 million (Ł230m) in the year to March 2009 that would have otherwise be spent on sales promotion and restructuring costs of its HD-DVD business", says Reuters.

Next up to proffer another nail in HD-DVD's coffin is Goldman Sachs analyst Ikuo Matsuhashi. Apparently unaware of the fanboys out there who would see the PS3 die a death of excruciating agony, he says "Nobody wants this format war to drag on", before qualifying this with, well, reality by saying that Toshiba stands to lose 10 billion yen (Ł47m) when it "unload(s) excess inventory and scrap(s) assembly lines".

Another nail-bearer comes in the form of JP Morgan analyst, Yoshiharu Izumi, who states that "Toshiba's exit could be swift, given the small volume of production for its HD DVD players and recorders".

Rumours that Toshiba is going to make an announcement this week combined with analyst predictions such as those stated above might suggest that you should immediately find a buyer for your HD-DVD player and - if you're an Xbox 360 owner - put the idiot's money towards your Xbox 360 Blu-ray drive - due out in May... apparently.

HyperTails 19 Feb 2008 10:04
1/1
I wouldn't really say that its down to better marketing. Though I suppose Sony's powerful reputation doesn't help. But rather that Sony is a powerful movie studio, and it can amass powerful allies like it has done. I know its not Sony's format before anyone says so, but they sort of managed the whole thing, and stood to gain or lose the most.

Oh, and putting it in their third console when their first two wiped all competition out of the way whether they had a years head start or not was a good way to lure companies in.