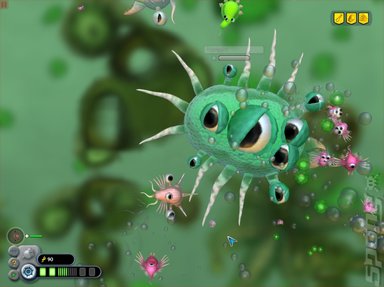 All Images (4) »
Electronic Arts and Maxis have finally given us a date for one of the most highly anticipated games ever slated to ooze from EA's studios and spawn life - Spore!

"The weekend of September 7" is when the announcement tells us Spore will hit shelves worldwide. For the UK, that translates to the 5th, which is a Friday, according to the release date now tidily entered onto EA's press site.

“The wait is almost over”, said Maxis Chief Designer and gaming luminary Will Wright. “We’re in our final stages of testing and polish with Spore, and the team at Maxis can’t wait to see the cosmos of content created by the community later this year.”

Previously, we just knew the PC and Mac versions would be out later this year.

Mark SPOnG took a peek at Spore in Leipzig last year and was pleased to report it left him staggering out of the demo room with a stupefied grin on his face.

The game will be released on PC, Mac, DS and mobile, shipping simultaneously on all four platforms.

As for other platforms... well Maxis has made us wait an excruciatingly long time for details. SPOnG broke the news all the way back in 2006 that Spore would not be limited to the PC. Patrick Buechner has also alluded to console versions of the game, followed by Will Wright finally saying, in no uncertain terms, that Maxis is working on Spore for the Wii. No release date has been given as yet, however.