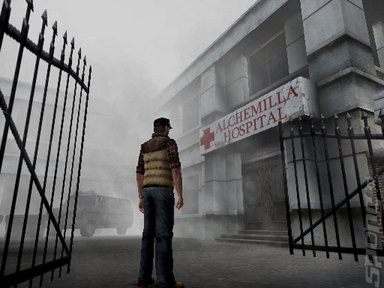 All Images (5) »
Konami has announced that Silent Hill Origins, the PSP prequel to the Silent Hill series, is heading for the PlayStation 2.

So, what's new about it? Visual enhancement for one, we're told. "A host of elements that are new to the franchise and provide the player with an enhanced sensation of isolation", for two. Yeah, that reads like PR waffle to us, too. We'll let Konami do some explaining.

"While the game retains the cinematic experience of the previous games, it also has an intuitive ?Cineractive System? that allows players to face down horrifying monsters while the control scheme changes intuitively for each situation", the announcement tells us. "Players also have an enhanced camera system that actively tracks Travis, while fans of the series will revel in Silent Hill Origins? original soundtrack by series composer Akira Yamaoka."

"It is fantastic to bring the Silent Hill series back to the format that was so integral to its success?, said Hans-Joachim Amann, head of European Product Management for Konami in the inevitable corporo-quote. ?Silent Hill Origins is a stunning prelude that explains some of the mystery and mythos of the series, and we look forward to inviting Silent Hill?s many fans back to its doom-laden streets.?

You can glean a bit more from the screens and art below. Try not to be too alarmed by the shape of Lisa's midriff. When you're done, head on over to SPOnG's dedicated game page for more.
Companies: Konami
Games: Silent Hill Origins

The Absinthe Review Network 3 Feb 2008 00:28
1/1
Ah yes, there are always advantages to waiting. This one, however, I will be getting this one when it is released!
Posting of new comments is now locked for this page.