Not to mention the 20 million DSes 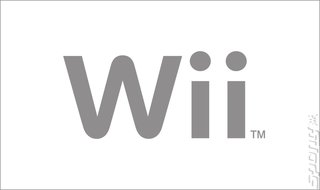 It seems Nintendo will never tire of regaling us with impressive sales stats. The latest figures to come our way show that six million Wiis have been sold to consumers in Europe. If that wasn't enough, the company has also revealed that DS sales (again, to consumers) have now topped 20 million.

If both of those weren't enough, it has been confirmed alongside some impressive Nintendo financial results that over 20 million Wiis and over 64 million DSes have been shipped to distributors and retailers worldwide.

Still hankering for more? OK then, we've also got some sales figures for Nintendo's leading software titles. (The figures for both software and hardware in Europe, it should be mentioned, are for estimated sales - that is to consumers, not retailers).

The last time SPOnG brought you impressive sales figures from Nintendo was... all of a day ago. Yesterday it was all about Japan, with the Wii having hit the 5 million sales mark over there.

With the Xbox 360 having shipped 17.7 million consoles as of January 4th and the PS3 somewhere behind thatć, it's a reasonable assumption that the Wii has now overtaken it as the new-generation console with the largest installed base. That is, of course, assuming that Microsoft hasn't sold over 2.3 million 360s in the last three weeks. SPOnG would take that bet.

ćVG Chartz puts the figure at 9.43 million worldwide. Although they are often unreliable, it is a fairly safe assumption that they're not over 8 million out. Sony has not recently released a worldwide sales figure.
Companies: Nintendo
Games: Dr Kawashima's Brain Training: How Old Is Your Brain? Mario Party 8 More Brain Training from Dr Kawashima: How Old Is Your Brain? Nintendogs Super Mario Galaxy The Legend of Zelda: Twilight Princess Wii Play

deleted 24 Jan 2008 14:34
1/6
Possible leader in next(current) gen consoles and each one of those made them profit, Sony and Microsoft must be crying into their multiple cores!

Who's the biggest entertainment launch of the yearnow MS! it isn't Wiiplay though...it's Pokemon.

HyperTails 25 Jan 2008 11:32
4/6
How has this childs toy managed to keep up momentum for this long? Its a GameCube with a DVD remote for a controller tacked on people!

deleted 25 Jan 2008 11:44
5/6
HyperTails wrote:
How has this childs toy managed to keep up momentum for this long? Its a GameCube with a DVD remote for a controller tacked on people!

sorry but my dvd remote doesnt contain 3d motion detction? dont know what model you have, also my wii doesnt play dvds, so the two combined is surly a contridiction in terms?

And if you want to get smart, i'll just call it a childs toy ;)