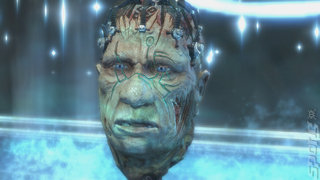 To human is to sue..
The developer of Xbox 360 exclusive Too Human, Silicon Knights is taking its ongoing legal battle with Unreal Engine creator, Epic Games up a... gear. The Canadian developer has served 'multiple Unreal Engine 3 licensees'± with subpoenae duces tecum.

"Eh?" We hear you say. Basically, Silicon Knights is demanding to see the Unreal Engine licences held by other developers in order to further its litigation with Epic.

In return, Epic's high-profile vice president, Mark Rein told Shacknews, "I'm leaving the litigation to the lawyers but, if this is the case, I'd like to apologise to any of our licensees who Silicon Knights have inconvenienced".

Let's face it, one developer demanding to see other developers' contracts is vaguely rude and, unless those other devs want to bring Epic to its knees at the cost of their own business confidentiality, highly unlikely to succeed.

In case it does, however, we'd imagine the following developers to be at the top of the Silicon Knights' mailing list:

darkSector developer, Digital Extremes: Back in August of 2007, Steve Sinclair, the director of Digital Extreme's upcoming darkSector, said, ?A lot of promises were made about the Unreal III engine, particularly on PS3. But as we see now, the time frames haven?t been met and now a lot of games using it are being held up".

THQ: Back in October of 2007, THQ's CEO, Brian Farrell, looked to justify poor earnings (for the company, that is) by saying, "Like many of our competitors, we've had challenges with PS3 cross-platform development on the Unreal Engine".

The legals kicked off in July 2007, when the Knights filed a breach of contract suit against Epic (details here).

This was followed by Silicon Knights lawyer claiming that, "we have created a new and better game engine". This in turn was followed by Epic counter-suing. Epic wanted $650,000 (make that "a measly"). SK returned fire with the threat that it would claim, "millions of dollars more".

Frankly, if Silicon Knights does manage to get a peek at competitor contracts, we'll be astonished. Stay tuned...