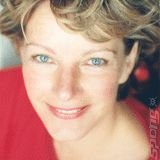 Sci, which owns Eidos and publishes Kane & Lynch and Tomb Raider announced today that, "Jane Cavanagh, Bill Ennis and Rob Murphy have stepped down from their respective positions as CEO, Managing Director, Publishing and Managing Director, Studios and will leave the Company with immediate effect.

"Phil Rogers, who joined the Group in March 2007 as Corporate Development Director from Electronic Arts, subsequently becoming Group CFO in September of last year, has been appointed as Chief Executive with immediate effect."

The resonating phrase 'with immediate effect' is meant as a clarion call not only to shareholders (SCi's share price was up more than 12% this morning) but also to potential partners or take-over suitors. This does, in fact, have all the hallmarks of the money men ousting the games-makers.

It is notably incredibly rare to see senior managers - including the CEO - offed with such speed. Equally rare - and a huge sign of intent - is the lack of sugared words from SCi Chairman, Tim Ryan or new CEO Rogers along the lines of, "We wish Jane, Rob and Bill all the best in their future endeavours...".

This has, it would seem, been a swift, bloody and ruthless coup.

Earlier this week we reported that the company's share price had plummeted by 53% following news that its board had not been able to find a purchaser by what was apparently a deadline of early 2008.

This was apparently related to an offer received by SCi in September - last year that had many in the industry guessing at a take-over or merger with stakeholder Warner Brothers. Other organisations such as Electronic Arts and Activision had also been thrown into the mix.

As has already been pointed out, the new chief executive, Phil Rogers, joined SCi from Electronic Arts in March 2007. Rogers is joined by interim Chief Financial Officer, Malcolm Dunne who is described as follows:

"He joined Electronic Arts in South Africa in 1998 for two years before moving to Europe in 2000. He joined Capcom in 2001 where he was European Finance Director overseeing all Finances and Operations for the Company in Europe and was instrumental in establishing Capcom's European presence and was also a Director of Capcom Germany.

"In 2004 he joined Eidos as Group Financial Controller before relocating to the US where he has since being CFO of Eidos' biggest publishing operation."

Dunne won't be taking up the CFO role permanently.

We are also told that, "The Company has received proposals from potential partners however the Board continues to examine all funding opportunities which it will determine in due course".

Expect a take-over announcement sometime in March. Why, "It is the Board's intention to report back to shareholders with the findings of its review and update on its financing discussions by the end of February with its Interim Results for the six months ended 31st December 2007". Today's shuffle certainly looks to SPOnG like a clearing of the decks in readiness for that event.

The Times, however, apparently disagrees, stating: "Phil Rogers, who only joined the company in March of last year, is to take over as chief executive. A Briton, he had previously worked in corporate development at larger rival Electronic Arts, he will begin an emergency "business review" - although he is not inviting takeover bids".

Maybe, of course, SCi does not need to 'invite' any further bids?

It's a shame to see someone like Jane Cavanagh forced to leave the company that she formed back in 1988 - and who has always kept a low profile to the media, concentrating instead on building the company both at home and abroad.

It would appear that her stated plan, "...of building long-term value (by)... significant investments in the year to increase and broaden our product pipeline, improve the long-term efficiency of our development studios and grow our New Media business", was simply too much of a slow burn.

Let's hope that this decision works out in terms of increased creative output as well as increased shareholder value.

Cav Man 18 Jan 2008 11:53
1/1
Why is the only picture of Jane Cavanagh know to man at least 15 years old? I mean - she looks good for her 49 years, but she's no longer the sparkley-eyed, tousled-haired minx that you picture.
Posting of new comments is now locked for this page.