Spore: Out 'Later this Year' on PC and Mac!

Mac users get the Wright stuff. 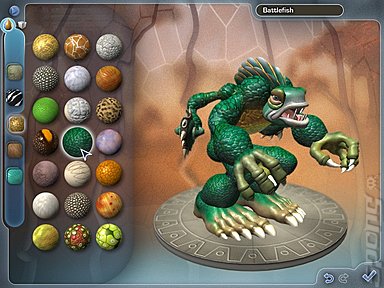 Crucially we are informed that Spore "will be available for the Mac later this year", and "A PC version of the game will also be released later this year."

The last we heard, EA's CEO John Riccitiello had promised, "that Spore will get a release very early in ?fiscal 2009?"... so, we were expecting April of 2008... maybe even really early April.

We've contacted EA to try to extract a firm date for PC and Mac - and we've been told, "We have not announced the release date for the PC version but it is due to release later this year", so there you go.

Don't forget that Wright also announced that the game would be coming out on Wii, with the possibility of PS3 and Xbox 360 releases as well.

Back in October he stated: "We're doing Spore on the Wii, and we did MySims. It takes signifcant re-thinking to work out how you're going to do it. PS3 and Xbox 360 are similar enough that you can basically use the same system for both. So it comes down to what the interesting major platforms are and which markets we want to hit."

In case you weren't aware, "Spore is a single-player game in which you have, "...your own personal universe in a box. In this universe you can create and evolve life, establish tribes, build civilizations and even sculpt entire worlds. In Spore you have a variety of creation tools at your disposal that allow you to customise nearly aspect of your universe: creatures, vehicles, buildings, and even spaceships".

For more Spore info, don't forget our Will Wright interview on just that subject... available here... for free!

Nicholas Hyett 16 Jan 2008 17:26
1/1
I really can't wait for this game to come out. I wonder what's taking so long as you can search for videos and its been demonstrated to people and a couple of celebrities like Robin WIlliams have played it. That was about a year ago i saw that video and i don't know when it was posted on the internet.

I first heard about Spore in the later part of 2006 and now its January 2008 come on i think we've waited long enough.