Solution on the way 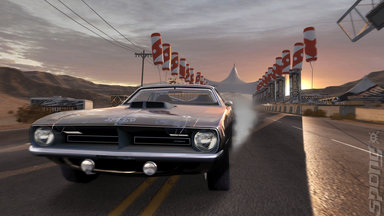 Good news for PS3 and PC owners - while you've been mashing your head against your flat screen thanks to glitches in Need for Speed: ProStreet, EA's been working on a solution.

Over in the game's official forums, a moderator tells us:

"...our team is working actively to investigate this problem and we are not taking the issues you are having with the patch lightly. We were hoping for the release of the patch to fix these problems but unfortunately it seems to have caused quite a few more. I will update you as soon as our team identifies the root of the problem, and we will try our hardest to figure out a proper solution."

Problems caused by the update include the game either freezing or crashing when players try to save games or tune cars.

EA, apparently, is just as frustrated as Need for Speed fans. "I definitely understand your frustration, along with everyone elses (sic)", the moderator goes on. "It frustrates us just as much that our great fans aren't able to have an enjoyable experience with ProStreet because of issues such as these.

"Hold tight though, as I've already heard some stuff from the team on what the issue(s) (for PS3 at least) might be. Hopefully I'll have something to report by tomorrow morning."

Funny how that the game is utter s**t.

Si 9 Jan 2008 19:02
2/6
With all these patches coming out for games, what I wonder is why they can't finish them in the first place. Three out of the 5 games I own have been patched at some point and it's not on. Just do it right! I'm worried that all the publishers are pulling a fast one and trying to get some free games testers in, what with all the online forums and such. Release game no matter what, get gamers to tell us all bugs for FREE, finish game.
more comments below our sponsor's message

jason 19 Feb 2008 08:08
3/6
when i go to drag on my need for speed pro street my car only goes in nutrel or reverse and i created new profil and it still does it what the hell is wrong with this game i have worked so hard to get money and acheivements please hel ive restarted like 4 times and every time i get to the drag race my car will only go in nutrel or reverse on any car

WTFPS3 26 Jun 2010 05:20
5/6
My kid just ran into this constant crashing problem and it is the fourth week of June 2010. EA could give a crap less and this is not acceptable on a console. I thought only the XBOX360 would have these idiotic kind of software glitches.