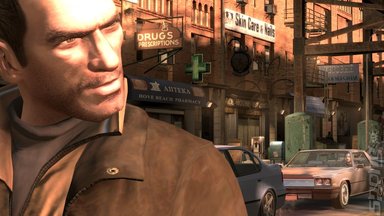 Contrary to rumours doing the rounds, the Xbox 360 is not currently slated for previously unannounced Grand Theft Auto IV content in 2009.

The rumour kicked off with a recent Take Two conference call, during which the publisher's CEO and director, Ben Feder, said, "In fiscal 2009, we?ll also be offering additional episodic content for Grand Theft Auto IV in Xbox 360".

Following widespread reports that this means brand new content is in the works, a Rockstar rep has confirmed that this is not the case. Rather, the release will be the second of two previously announced pieces of episodic content exclusive to the 360. They were originally both aimed at fiscal 2008, but the second has slipped.

The reason for the slippage has not been given, although it might be due to the full game getting a later-than-expected release. Rockstar has confirmed that GTA IV will be out in the fiscal second quarter of 2008 (February 1st - April 31st), while a rumour yesterday put the exact date at April 25th.

You can read more about GTA IV over on SPOnG's dedicated game page.