New report to have 'broader scope' 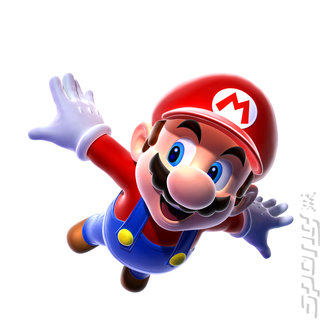 Are games harming our minds?
The government has announced a second inquiry into the risks of "harmful material" in video games and on the internet. This one comes courtesy of the Culture, Media and Sport Committee, which was set up to examine the expenditure, administration and policy of the Department for... wait for it... Culture, Media and Sport.

This inquiry will be in addition to the Byron Report, announced back in September.

While there's a lot of crossover between the two investigations, the key difference is that the new Committee "intends that its inquiry be broader in scope than the Byron Review as the Committee will examine the impact of content on consumers in general, rather than focusing solely on the impact on children and young people."

Getting into specifics, the report will look at "'Cyber bullying; user generated content, including content that glorifies guns and gang violence; the availability of personal information on social networking sites; content that incites racial hatred, extremism or terrorism; and content that exhibits extreme pornography or violence".

Furthermore, the inquiry will look into the tools available to both consumers and the industry for protecting people from potentially harmful content. The effectiveness of the existing ?regulatory regime? will also be investigated.

As well as investigating the potential negative effects of games and the internet, however, the Committee states that it will look at, "The benefits and opportunities offered to consumers, including children and young people, and the economy by technologies such as the Internet, video games and mobile phones."

Submissions of evidence have been invited, with a deadline of January 30th. Interestingly, responses to the Byron Review are also welcome.

SPOnG sat down for a chat with Tanya Byron about her report. You can read the full interview here.

We really do need another - complicating - inquiry don't we readers?

Joji 6 Dec 2007 19:50
1/3
The powers that be are starting to worry me. They seem really determined to find some gaming WMD here even though, apart from the dumb parents not being responsible enough, there's only like none.

What the hell has games got to do with cyber bullying? Cyber bullying is what kids do without any discipline of not enough, due to boredom. Boredom is what happens when there little for kids to do.

ajmetz 7 Dec 2007 22:04
2/3
I guess government doesn't know about these things, hence an inquirey - I presume to gather research material / data. What the point is, I'm not sure.

Joji 7 Dec 2007 23:20
3/3
What the government really needs is a representative of games,, perhaps they should speak to someone in the industry, who knows the ins and outs of it, if they need that kind of info. All these pointless inquires are starting to grate.

The other thing is that their will always be a gulf between games culture and gamers, and thos e outside of our circle. the only way they can really get us is to 'Jump In' , play and enjoy.