Jeff Minter Not Giving Up 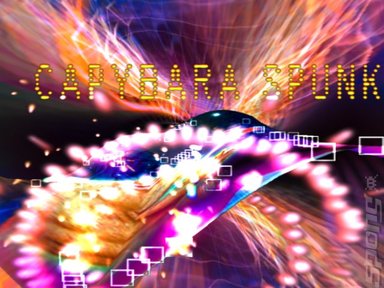 Well, it now seems that Minter has decided that he IS going to keep making games, but he?s just going to stop telling us all about the process on his blog. Which makes SPOnG sad, as we enjoyed reading his regular rants, thoughts and updates on the joys and pains of making games - it made a refreshing change from the usual PR spoon-fed information we receive from most other developers.

The cynics in the SPOnG office have suggested today that Mr.Minter's decision to not be so outspoken on a public blog was probably brought about by a friendly word in his shell-like from his paymeisters at Microsoft.

?I'm not going to be writing about game development here any more after this. Yes, I had a bit of a rant the other night because frankly yes, it is a bit disappointing to see a repackaged MAME rom doing much better than original content, but hey, that's how it goes. People are more inclined to buy stuff they remember rather than stuff that's new.

"We're invested in XBLA now, and we *need* to re-use the Space Giraffe framework for a couple of reasonably quick games - I think that's the way to make it work out for us, we just need more games in the pipeline. I'm already halfway through the next one and I just want to get my head down and get on with it.

"To those who came on here to have a go at me and tell me how much I suck - just piss off, I don't care. If you do that I shall delete your comments and ban you. Guess what, I think you suck too, and I don't give a rat's arse if you don't like my games; they aren't made for you anyway.

"And thanks to those who gave me a bit of encouragement at a low moment. Rest assured I'm not giving up; I'm just getting on with it quietly.

"So no more dev stuff here, from now on this will just be about sheep and plushies and other such non-work-related stuff. There will be no talk, no press, no screenshots and no videos of work in progress except as and when we are ready to release them, at the appropriate time, through the appropriate channels."

Great news. Keep up the good work Jeff. SPOnG, as ever, salutes you.

irritant 23 Nov 2007 10:36
1/5
I think Mr Minter should now consider expanding his Space Giraffe into a Crossing The Road Giraffe game.

Maybe the frog, I mean Giraffe, could first of all cross a busy highway with cars and vans travelling in different directions to avoid. Then maybe have a safe zone in the middle where the Giraffe can chill out before tackling a busy stream with logs, turtles and crocodiles all floating past that can conveniently be used as platforms to reach the other side.

Rather than having a Giraffe in space ripping of an old Atari game...


Good to see that Jeff's adapted so well to Microsoft's business philosophy.

What? No Jeff, wait! Make games for me too! Please let me into a group so popular that they're even outnumbered by people willing to pay for Frogger!

For all my japery though, it's clear that your games are the future. That's what all the big studios are selling up their headquarters, reducing their teams down to one man and making them develop wearing a potato sack sitting in mud huts.

I just looooooove them crazy animal games! Llamas, giraffes - I just can't gets me enough!

Bitterman 23 Nov 2007 21:24
4/5
He deliberately goes out of his way to make non-mainstream games for a niche target audience... then complains when they don't sell very much.

Man up, Minter. If you want to make games aimed at only yourself and release them on the off-chance someone else might want to buy them too, that's fine, more power to you, but don't start bitching when it turns out no-one else does want to buy them. On the other hand, if you do want your games to sell, try making them more accessible. Make your mind up, pick one or the other, but there's not much room for both.

I don't give a rat's arse if you don't like my games; they aren't made for you anyway.

Really? Why get so upset then? And just who are they made for? A small subset of people, seemingly, so why the surprise they don't sell?