In the US. On the worldwide free internet telly within hours. 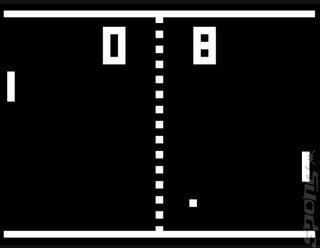 The Discovery Channel has produced a five-part documentary that doesn't concern lions doing evil things to antelopes while rutting Rhinos look on. This series is called The Rise of the Video Game.

It's going to air in the United States tonight. While there is no news of an European airing, it can't be far off and will then be repeated interminably so you'll get sick of it before it arrives on Channel 4 as a Dispatches Special Report with Keith Vaz tacked on the end.

For more details on what Discovery has to say about it - go over... here.
Games: E.T. Pong Space Invaders Spacewar Tetris