New Every Extend Extra sequel on the way? 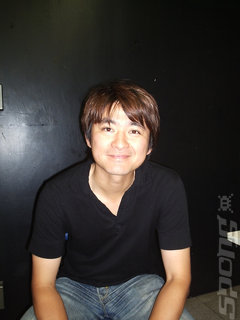 Lock up your children, folks, because here's what he told SPOnG in a recent interview:

"There?s a big part to play for the multimedia aspect of gaming, and I feel that gameplay should be fed via graphical and aural technique ? so players should relax, settle back in their chairs, have mushroom-gazed faces? (laughs)."

That's right. Games should be like the un-wholesome kind of mushroom that are eaten by certain debaucherous citizens.

He also had a few choice words about a possible further Every Extend Extra sequel. Speaking about the challenges of making the last game, he said:

Tetsuya Mizuguchi: We were trying to find some more ideas to make the gameplay more unique too, but I guess that?s a challenge we will leave for an E5 perhaps?