Restructuring in the works 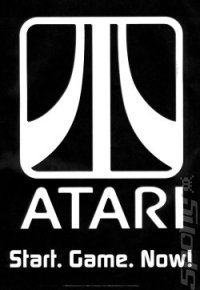 Atari has announced that it has licensed its Test Drive franchise to its own parent company, Infogrames - which holds a majority share. The deal includes a $5 million (Ł2.4 million) advance royalty.

The news comes alongside an announcement that Atari is leaving its production and quality assurance operations behind as part of a bid to restructure the flagging company. The company has said that it will focus on publishing and distribution.

Atari will make cuts to its workforce as part of the re-structuring, but it has not said how many jobs will be lost.

Curtis Solsvig III, the company's chief re-structuring officer who was instated by Infogrames, commented, "Atari continues to take important steps to stream-line operations and establish a winning business plan. We expect that the actions we are undertaking today will position us for the future as a preferred business and distribution partner."

In separate Atari news, David Pierce has resigned as CEO of the company. A search for Pierce's replacement has begun. Solvig will assume Pierce's responsibilities in the interim.

This all comes following Atari expressing doubts that it can continue as a viable business. The move from development and job cuts tie in to Atari's statement that it will “continue to examine the reduction of working capital requirements to further conserve cash and may need to take additional actions in the near-term, which may include additional personnel reductions and suspension of certain development projects during fiscal 2008".

Gene Davis, Chairman of the Board of Directors at Atari, said of Pierce's departure, "We appreciate David's support and commitment through a difficult period in the company's history and wish him well in his future endeavours".

We haven't as yet heard anything from Pierce himself - aside from maybe the sound of an expensive car crunching out of a car park at high-speed - but that's probably our imagination. We'll report back when we hear more.
Companies: Atari
Games: Test Drive: Unlimited