Nintendo To Hardcore Gamers: 'We're Not Ignoring You'

Everything's going to be just fine then... 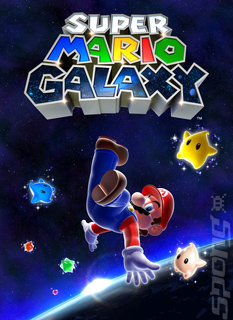 Nintendo has a message for its hardcore fans: they're not being ignored.

Speaking at a press conference this morning, Nintendo's general manager in the UK, David Yarnton, said:

He pointed to a trio of releases as evidence, saying, "And Christmas alone, we have already catered on the Wii with Metroid Prime 3 and Super Mario Galaxy, and on DS with the Legend of Zelda: Phantom Hourglass."

That's fine then. We'll put aside the stomach-wrenching horror we felt when Nintendo's elder statesman, Shigeru Miyamoto, said, "One game that I wanted to introduce to you all at E3 this year was not Super Mario Galaxy, not Zelda for the Nintendo DS, and not Mario Kart, it's this game, Wii Fit."

We'll also put to one side Miyamoto also telling us that casual games are really for hardcore fans too.

In all fairness to Nintendo, there have been a good few titles slotted into this year's release schedule with a lot of appeal to the traditional gamer. Pokemon Battle Revolution, Diamond and Pearl, Elite Beat Agents, and Super Paper Mario are just a handful. What suggests that Nintendo isn't all that concerned about hardcore gamers is the message it constantly sends out with its emphasis on the likes of Wii Fit. So, hardcore - do you feel like you're being ignored by Nintendo? Answers in the Forum, please.
Companies: Nintendo
Games: Metroid Prime 3: Corruption Super Mario Galaxy The Legend of Zelda: Phantom Hourglass

im a hardcore gamer, and i feel nintendo are diversifying a bit, and therefore leavng me out a bit ,but u cant blame them, if they had went doen the route of MS and sonythis gen they probably would have got ther ass kicked, they had to change it up and it is also nice to still see a steady streem of great games on DS and Wii.


i got a job in GAME by the way, apologies for being of the boards so much recently,


to spong admin, did u get all the mii's i sent u?

Carmine 30 Oct 2007 16:48
2/7
Once them build a large install base- they, and 3rd parties, can focus on more hardcore games- phse one is making non-gamers into gamers
more comments below our sponsor's message

OptimusP 30 Oct 2007 17:28
3/7
"What suggests that Nintendo isn't all that concerned about hardcore gamers is the message it constantly sends out with its emphasis on the likes of Wii Fit."

Or...'hardcore' gamers being so xenophobic they preceive everything what Nintendo does in this kind of light which makes it seems that Nintendo is focusing so hard on titles like WiiFit...which is quite frankly...ONE TITLE!! Hello self-fullfilling prophecy!

On some fourms they actually took the time to count all the games Nintendo released or will be releasing in the Wii's first year of existence and geuss what...Nintendo is actually releasing/released more 'hardcore' games for the Wii then it did in the first year of the GC!

It's not all a case of misperception, but it's the biggest factor right about now...try balancing it out.

RiseFromYourGrave 30 Oct 2007 19:20
4/7
im probably what one would call a hardcore gamer, and im entirely happy with nintendo. they have shifted focus a little but im still getting great traditional games from them (on the wii theres Metroid Prime 3, The Legend Of Zelda, Mario Strikers Charged, Super Paper Mario and Resident Evil 4 Wii Edition and a few good ones on the way like Umbrella Chronicles, Ghost Squad and Zack & Wiki, not to mention the world beater that is Mario Galaxy). i dont see the problem myself, and looking at the wii in particular, for its first year we arent doing too badly

deleted 30 Oct 2007 23:36
5/7
Nintendo, Casual or Hardcore, who cares as long as you continue provide your fashion of entertainment i will always be having fun adn thats what matters...

Joji 31 Oct 2007 13:33
7/7
Wii is doing great. I wouldn't read much into the Wii Fit E3 thing too much, sure, Nintendo are gonna push it out hard, but the best way to think of Wii Fit is as a Trojan Horse of sorts, in the games industry battle of Troy.

The spoils of sacking Troy, will help pay for more hardcore games for DS and Wii.

I think it a case of developers ignoring hardcore Wii gamers much more than Nintendo, that's why so many seem to be holding off Wii, and games are only just trickling out.
Posting of new comments is now locked for this page.