Get indoctrinated into the Way of Thieves 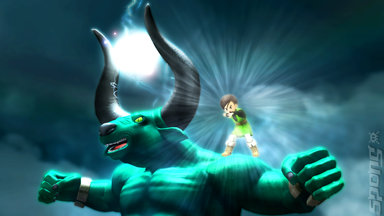 All Images (4) »
Microsoft has sent word that more downloadable content for its Japanese RPG, Blue Dragon, is available on Xbox Live right now.

The new pack is dubbed '6 Treasures'. Microsoft tells us, "This download expands gameplay with items such as the ?Way of Thieves? which allows Shu and his companions to steal rare items possessed by enemy creatures during battle. This is just one of six exciting items that are available with the new DLC package."

The pack will set you back a meagre 200 Microsoft Points.

This is the second lot of downloadable content that's winged its way onto Xbox Live, with the first lot having hit back in late September. Microsoft seems determined to keep it coming, with more promised for November 16th in the form of 'Shuffled Dungeon', which will set you back 400 Microsoft Points.

You can find out more about Blue Dragon over on SPOnG's dedicated game page.
Companies: Microsoft
Games: Blue Dragon