Are retailers robbing publishers and developers? 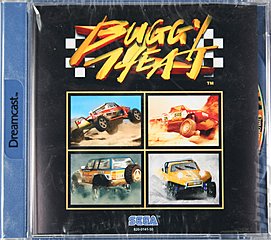 It's been on and off the shelf more times than SPOnG's copy of the Kama Sutra.
Two top developers have spoken out against the pre-owned games market, criticising a system that they believe robs them of profits.

?Of course it isn?t fair that retailers are claiming all of the profits from the sale of second-hand titles, and it is bizarre that our industry tolerates it,? said the director of Free Radical Design - the developer behind Haze and the Timesplitters series, Steve Ellis.

?I can?t imagine going into PC World and buying a pre-owned copy of MS Office. It just wouldn?t happen. The logical conclusion of this ? the retailers? ultimate goal ? is that they only ever sell one original copy of any game and then they pass it around between everyone who wants to play it, keeping all of the profit for themselves except for that initial sale. How can that possibly be fair??

The founder of Frontier Developments and man behind the Elite series, David Braben, shares the sentiment. ?Clearly from the developer and publisher point of view, the second-hand market is a real problem. The shops are essentially defrauding the rest of the industry by this practice, whether they intend it or not", he said.

?It also means that while newly released games do still sell well, it is only a matter of a month or so before pre-owned stock often saturates the channel ? with a single copy rumoured to go around the sale/return/sale loop ten or more times ? amounting effectively, to rental?, he added.

SPOnG spoke to a local retailer that trades in pre-owned games, who suggested that publishers ought to share any criticism that's due. "I think it's just giving customers a choice to buy games that they wouldn't be able to afford new. Maybe if they dropped their prices to start with, we wouldn't have a pre-owned market." While publishers would no doubt argue that they need to charge what they do to meet rising development costs, a lower price point could result in higher numbers of units sold.

It was also pointed out that some retailers depend on the pre-owned market. "That's our lifeblood", SPOnG was told. Said retailers might be selling games that publishers and developers don't see any profit from, but they can't sell any new games at all if they're not in business.

james 26 Oct 2007 13:07
1/5
Yes it's shocking behaviour defrauding the industry. You wouldn't ever see a market for second hand books or cd's. Get real. If a game is good you will keep it, unless it has no replay value. It's always the same games you see in numbers on the pre owned shelves, and they are seldom the AAA titles.

Plasmoid 26 Oct 2007 17:08
2/5
Would Ford come out and slam people for buying their cars second hand and practically personally firing an employee from a Ford factory... i doubt it.

If the game is good then maybe i'll buy your next game new. Obviously the previous owner of the game wasnt too happy with paying full price. Of course you should try dropping the price, its simple market econmics.

But nowadays games are all Ł45 or more, and they dont come down in price for months. I used to love the platinum range on the PS1 and PS2 but looking around the 360, its all just overpriced or rubbish.

And if thats what they think of a gamer like me, who doesn't like the prices on the consoles then i'll not even buy your second rate pc port, i'll pirate it and sleep well.

Joji 27 Oct 2007 02:30
3/5
Second hand stuff will always sell, in truth games stores are just a high street catalyst for second hand games. Ebay is a much easier way to do this kind of business, without stores getting profit.

I get a lot of my second hand games from Ebay, because I can get official and import games this way, spanning the globe if need be.

Its true though, we'd all buy more games if they were cheaper. With regard to 360 games, despite 360 doing well, 360 games drop in price fast. Most games start at Ł40 and within 3-6 months a game could be half that. When new games like Sega Rally Revo or Medal of Honor Airbourne can sell for Ł30 new, that's not bad at all.

If you have a 360, keep an eye on the prices of certain games over time and you'll see what I mean. The strange flipside of that is PS3 games aren't dropping in price at all. Ł50-60,...WTF??

realvictory 27 Oct 2007 11:53
4/5
The second hand game market is superb. If it's your new game selling second hand already, then the previous owner obviously didn't like it much (or you made it obsolete by releasing a sequel!). On the other hand, that should be a rare case - a lot of second hand sales are not new games, but proper games that you can't buy new, like Dreamcast and Gamecube games that everyone should play.

I think the key to not being beaten by second hand sales is to release excellent, unique games. But you can't have your cake and eat it, either it's a business or not - the price of a game determines how much profit you get, but it also determines who is going to buy it - and you only make money if people buy it.

Something else is that, say, with PES, when they release a new version, they'll have all the previous versions on second hand shelves in massive quantities; in other words, a lot of people got rid of their copies, but not many people bought them. In this case it just means that people are probably buying the new version and not buying second hand versions. When people aren't buying the new version, then it's probably mainly the fault of the developer for making an insignificant game, or the wrong type of game.

PreciousRoi 30 Oct 2007 01:03
5/5
note to developers:replay value and online play...
Posting of new comments is now locked for this page.