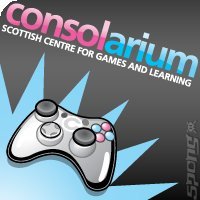 SPOnG attended an inspirational talk about the potential uses of games in education at London?s BAFTA HQ yesterday from Scottish ?games in schools? expert Derek Robertson, the brains behind the innovative educational centre ?Consolarium?, the Scottish Centre for Games and Learning up in Dundee.

Robertson?s latest study focused on three P6 school classes (children aged 10-11), in Scottish primary schools. School A (?the lucky ones?) was given 30 Nintendo DS consoles and copies of Dr. Kawashima's Brain Training for a quick twenty minutes' use every morning; School B used the more familiar physical training activities known as ?Brain Gym? each morning and School C (?the control group?) did neither.

Robertson?s results offer clear proof that consistent use of Nintendo?s Dr.Kawashima?s Brain Training on DS in the classroom has a notably positive effect on children?s mathematical ability, with School A?s test scores and completion times being notably better than the other two, non-DS using classes. But that?s not all...

The kids get better at maths, unsurprisingly, but the initiative also showed up a few more unexpected (and very welcome) results. Put simply, the kids? self-confidence, self-esteem, ability to concentrate and behave well in class also notably improved ? particularly those children that had previously been in the lower ability groups for maths.

?Being good at maths in these classes was now cool, the kids were desperate to show how good they were to the teacher? The DS is a games machine, it has fantastic games that we think we can make use of and fit into the curriculum really well. We have to find things that have ?cultural resonance? to learners," stressed Robertson, who interestingly described older teachers in his research as ?Digital Immigrants? while their younger pupils are described as ?Digital Natives?

Well, what better thing to ?culturally resonate? with a 10-year old that is struggling with his or her maths homework than Nintendo?s very own cheeky Dr.Kawashima?

Robertson also noted that interest and research into the educational uses of games is nothing new. He referred to work he was doing with learners in the 1990s using the N64 version of Zelda to teach creative writing, using the context of the game to encourage children to write.

Other current projects at the Consolarium are making use of Phoenix Wright, DS interactive-noir puzzler Hotel Dusk: Room 215, Big Brain Academy and Nintendogs.

?We have a gap between what is happening in school and what is happening out of school? Every Local Authority should be using these initiatives?, noted one of the IT development teachers involved in the scheme.

The Consolarium is a Dundee-based centre which SPOnG hopes to visit sometime soon. We only hope that more Local Education Authorities across the UK look towards the pioneering work that the centre is doing and allocate more money and resources towards getting similar schemes off the ground across the country.

For more on the Consolarium check out the centre?s website at www.ltscotland.org.uk/consolarium The Consolarium is part of Learning and Teaching Scotland - an executive non-departmental public body sponsored by the Scottish Executive.

How lucky kids are today? I remember days when I'd be told off just for bringing my Gameboy into school, to play at breaktimes.

Now if they could just create something to encourage game creation, and then we'd be really getting somewhere. For instance, Zelda was mentioned above, so you build on that by separating kids into teams and having each develop their own game ideas.

They'd need to combine story, art, music and game design. Expand on this and open it up to more schools and things would get interesting, with kids caring about school more. Perhaps Spong could run this idea by them, I'd love to know what they think.

irritant 25 Oct 2007 14:15
2/4
Joji wrote:
How lucky kids are today? I remember days when I'd be told off just for bringing my Gameboy into school, to play at breaktimes.

Seriously though, it's great that once in a while you get someone actually acknowleding the positives from playing video games. I seem to remember not too long ago a study that showed that airline pilots who play video games are generally more skilled in their work. It all makes sense, really, but the media likes to focus on video games as being a waste of time and detrimental in every possible way.

Stacey Brown 4 Mar 2010 00:48
4/4
Hi Joji,
Indeed, when I was a kid, I always cry because I want to play gameboy in our school. But my mother and teacher are against of my likes. I even don't like the dresses that my mother bought for me. But now, I can buy for my own. How lucky kids are today.