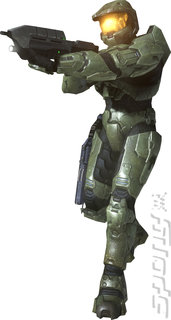 No direct quote is given, so we're assuming 'inside sources' were at work. Some compelling figures support the assertion, however. Ben Stiller's latest film, The Heartbreak Kid (which re-teamed him with the Farelly brothers), took only $14 million (Ł7 million), a huge amount less than the $20-25 million (Ł9.8 ? 12.3 million) expected by the industry.

"The audience on this game is the 18-to-34 demographic, similar to what you'd see in cinemas," said Janco Partners analyst Mike Hickey. He added that, "this could last for several weeks."

Thus far SPOnG has put aside its (extremely hostile) feelings towards Ben Stiller, but at this point we would like to point out that The Heartbreak Kid's poor performance might well just be down to it not being very good. The film has garnered lukewarm reviews, after all. Similarly, while the 18-34 demographic is theoretically the same for both media, gamers are a damned sight more intelligent than the kind of fools who would go to a cinema to see something that - if pushed - could be viewed on TV with vodka.

The next game we should probably look at to potentially impact Hollywood takings is Grand Theft Auto IV. "This past weekend will replicate itself next year", said Hickey. He posits that the game "could conceivably ship 9.5 million units", with revenues in excess of $400 million (Ł197 million), a third again on top of Halo 3's $300 million (Ł147 million).

This is, of course, all conjecture at this point. That said, SPOnG reckons its about bloody time that the games industry started directly contending with Hollywood.