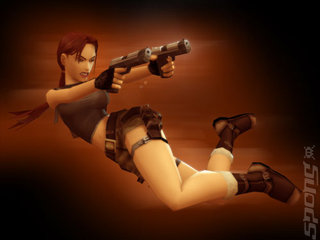 All Images (2) »
Tomb Raider Anniversary is finally out on Wii later next month, with Eidos sending over the latest vid of the Wii version today to remind us all to give it to our Wii-owning family and friends this Christmas.

Or to look forward to finally playing it for yourself, if you have shamefully not yet played through any of the other versions currently available for PS2 or PC. A PSP version is also in the works, due for release later this month.

SPOnG is particularly looking forward to getting to grips with some of the Wii Remote control functions in the game, which we?ll bring you more news on when we finally get a hands on in the very near future.

In the meantime, feast your eyes on Lara below.