Sims Creator joins legends such as Hitchcock, Chaplin and Spielberg 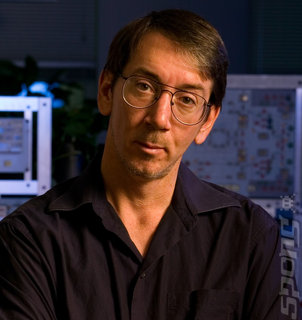 Will Wright - first ever recipient of BAFTA Fellowship for outstanding creative work in gaming
SPOnG is happy to report that Will Wright (pictured), the designer of 58 million-selling The Sims and the forthcoming Spore will be the games industry's first personality to receive a BAFTA Fellowship at the British Academy Video Games Awards 2007 later this month - the highest accolade the Academy can bestow on an individual for their creative work.

?Until now, the much lauded Fellowship has remained an exclusive part of BAFTA?s more established pillars, TV and Film. But today?s British Academy recognises the massive impact of video games on popular culture and their huge contribution to the whole art form of the moving image,? BAFTA announces this morning in a statement.

Hilary Bevan Jones, Chairman of BAFTA said of the momentous award: ?Will?s immense, creative body of work and his continued contribution to the industry make him a most worthy recipient of the Fellowship and being such a pioneer, we are thrilled that he will be the first person to receive this honour?.

Wright?s game-ography over the last twenty years speaks for itself, from the lesser-known Raid On Bungling Bay (1984), SimCity (1989), SimCity 2000 (1993), SimCity 4 (2003) through to the recent SimCity DS (2007), he is best known for bringing to fruition one of the best-loved games franchises in history, The Sims ? a game whose inspiration sprang from a combination of the aforementioned titles.

Other ?firsts? at this year?s Awards include the BAFTA Ones To Watch Award in association with Dare To Be Digital which recognises up-and?coming talent, and the PC World Gamers? Award, the only publicly-voted award of the night (www.obsessedwithgames.co.uk).

This year?s BAVGAs will be held at London?s Battersea Evolution on 23 October. Music acts will include the indie rock band Athlete with another act being confirmed later this week. The show will be broadcast on E4 on November 4 at 11pm and repeated the following weekend on Channel 4.