Bungie's shooter a harbinger of things to come? 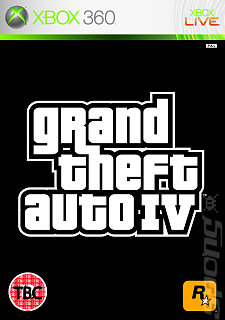 All Images (4) »
The epic first sales week of Halo 3 could bode well for the next juggernaut in the gaming calendar, Grand Theft Auto IV, according to Janco Partners analyst Mike Hickey.

In a note to investors Hickey said, ?We expect all of the ... Halo 3 success drivers should also benefit the upcoming GTA IV release.? The slightly less corporo-bullsh*t translation of ?success drivers?, in case you were wondering, is an ?accelerating and rabid fan base, a current market thirst for compelling high quality content and this iteration?s early cycle release.? That's right, ?rabid?!

Hickey estimates that in its first week GTA IV will ship 4.1 million units, reflecting a 20% attach rate to the PS3 and Xbox 360, the game's launch consoles.

In its first week, Halo 3 managed to make Ł150 million, getting a whopping worldwide attach rate of 46 percent.

Hickey also dismissed concerns that GTA IV missing the pre-Christmas release window will result in poorer sales than the game might have garnered. ?Halo 3?s initial retail success was in a non-holiday release period, which could mitigate some investors' concern over GTA IV?s non-seasonal release period,? Hickey said.

Previously, Hickey expected the game to ship 4.5 million in its entire fiscal quarter, but the success of Halo 3 has led him to think otherwise. ?After the success of Halo 3, it?s very difficult for us to conceive a more conservative initial ship projection for GTA IV, and believe there is a strong opportunity for considerable upside to our initial GTA IV ship projections for both fiscal Q2 '08 and their fiscal ?08 year.?

With all that said, after a massive first week of in the UK, Halo 3's sales dropped a whopping 79%. Could we be seeing a trend where the hype behind AAA games drives the vast majority of interested gamers to buy a title in its first week, leaving sales to rapidly tail off? Answers in the Forum, please.

SuperSaiyan4 10 Oct 2007 11:16
1/4
Of course in the first week HALO 3 was going to sell bucket loads it was its launch week then of course in the following week sales were going to die down. You cannot expect the game to continue to sell week after week at its highest peak.

HALO 3 is still being purchased so it would be nice to see the end of year figures of the total HALO 3 sales for the 4rth Quarter.

GTA4 will of course sell much more than HALO 3 reason being most of those that bought HALO 3 will want GTA4 then you have the PS3 userbase and thanks to Sony's price cut and newer bundle would mean even more PS3's out there resulting in more copies of GTA4 being sold.

OptimusP 10 Oct 2007 11:51
2/4
I would like to see these 'analysts' (better word are geusstimators) think about Super Mario Galaxy. It will probably not sell as much as Halo 3 or GTA4 in the first week/month, but it will reach ten million copies sold in its first 12 months, something both Halo 3 and GTA4 can only dream about.

tyrion 10 Oct 2007 12:59
3/4
OptimusP wrote:
Hell, i can see Super Mario Galaxy selling 4 million copies in Japan alone.
Possible, but difficult. There are currently only 3,614,197 Wiis in Japanese hands according to Media Create. Not all of those Wiis will get a copy of SMG, so even accounting for the extra hardware sold between now and SMG sales dying off, I can't see it reaching 4M in Japan.

deleted 10 Oct 2007 13:01
4/4
I agree with optimus, is it really a good thing to sell 4-5 million copies in the first week and then 1-2 million more over 12 months or is it better to sell 12 million copies over 12 months?, and lets not forget though that GTA wil be on two platforms so with its popularity i expect it to sell well and really it should sell better than Halo3 with a larger user base..
Posting of new comments is now locked for this page.