Speedball II XBLA Out Next Week 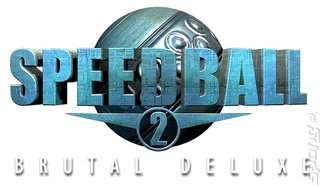 All Images (4) »
Wednesday October 17 is the date you need to be remembering today. Why? Simply because Empire Interactive/ The Bitmap Brother?s tarted-up Xbox Live Arcade version of Speedball II: Brutal Deluxe releases on that day.

SPOnG is hoping and praying that the game proves to be much, much more than a mere exercise in 'monetizing nostalgia' amongst aging Xbox 360 gamers.

That would be the worst possible outcome here, though providing the guys at Empire have done a decent enough job updating this classic two-player futuristic sport battler, it could well prove to be up there as a potential contender for the XBLA game of 2007, alongside Codemaster?s Sensible World of Soccer on XBLA (still due for release sometime later this year)

"The team are all as passionate about Speedball today as they were back in the day. The evolution of the game to Xbox Live Arcade will provide renewed interest and excitement for Speedball fans old and new", says Mike Montgomery from The Bitmap Brothers.

SuperSaiyan4 8 Oct 2007 14:04
1/3
Microsoft can keep this game, they need to stop giving us overpriced crap and give us decent titles! Am still waiting for that new improved Streetfighter game!

I'm 20 and know and love this game from an Amiga-lead youth and have just questioned myself as to whether or not I class as 'aging' I like to think I don't.

I also like to think that it won't just be aging gamers who enjoy this game, but far too many people take a look at the screens and think it's just another re-hashed retro game made playable on the 360 for MS to make an extra buck from. Here's hoping that it's as fun to play now as it was originally.