Something For The Weekend, Sir? This Week's Releases 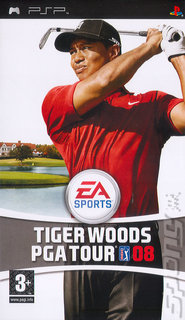 It's the weekend, folks! This means, of course, that new games are gracing the shelves of your local retailer even as you read these words. That's right, publishers didn't stop publishing games the minute Halo 3 came out. We're as shocked as anyone.

PSP owners finally get to take a swing at EA's Tiger Woods PGA Tour 08 this week, with the game already having been out on every other platform for up to a month. It needs little explanation: knock your balls about, bump clubs with the crčme de la crčme of golfing and wear slacks. Simple stuff.

Also out for the PSP this week is Final Fantasy Tactics: The War Of The Lions. Basically a remake of the original FFT for the PSOne, this latest FF title from Square Enix puts gamers in the boots of Ramza Beoulve and his army of warriors to fight the forces of darkness for some grid-based action.

DS owners get a rare survival horror treat this weekend with Virgin Play's Dead'N'Furious. SPOnG's had a quick twiddle with it - bashing zombies in the head with the stylus, no less ? and we reckon it might just be a sleeper hit. We're also mighty pleased that Virgin didn't go with the original title of Touch the Dead.

Sleuthing fans get a double helping of CSI this week, with Ubisoft releasing Hard Evidence for the 360 and PC alongside a somewhat belated PS2 appearance for 3 Dimensions of Murder.