The Charts: Halo 3 versus FIFA

Can a bunch of over-paid prima donnas score over a bunch of helmet lovers? 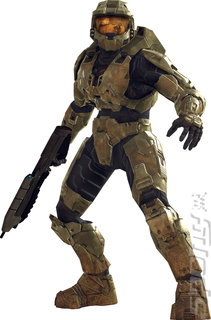 Halo 3 has, somewhat unsurprisingly, stormed into the Charts at Number 1. What is a little surprising is the fact that, despite being the 'biggest entertainment launch ever', it is only the second 'fastest' selling game (on any format) in the UK ever.

Bungie's epic shooter falls in behind Rockstar's Grand Theft Auto: San Andreas, which initially saw release on the PS2 three years ago. It is worth bearing in mind, however, that by that point in the console's lifespan (four years after release) it had an installed base of 6.6 million compared to the 360's current total of 1.4 million.

Debate is raging between various SPOnG contingents (marked by their volume of facial hair) as to whether the uptake for Halo 3 is impressive or not, given the masses of hype and marketing Microsoft's put into the game. Are you a 360 owner? Did you buy it? Tell us why or why not in the Forum.

With all that said, there are a couple of things worth mentioning here. Firstly, the phrase "Fastest selling" comes from Chart Track and appears to us to be confused with "Biggest selling" - we have no way of knowing which game sold fastest - for example, which one got to 100,000 (100, or even 1,000) over-the-counter sales first.

What it really means is 'sold the most copies in the first week of sale'. This, in terms, really means is 'sold most copies before the first Sunday after launch' ? said Sunday being the cut off date for Chart-Track's sales data. Halo 3 had a midweek launch giving it a good two day lead on San Andreas (launched on a Friday) to notch up its sales. Which is a roundabout way of saying: 'statistics are evil, read them at your peril'. Be vigilant, readers!

Anyway... believe it or not, some other games came out last week. EA had its biggest ever opening week for any FIFA game with 08, sliding in at Number 2. It wins the ranking of third 'fastest' selling 360 game ever, coming in behind Halo 3 and Gears of War. FIFA 08 and Halo 3 make up 86% of all 360 software sales between them for this week.

There are seven other new releases in the Charts this week. The next highest new entry is THQ's Juiced 2 at Number 5, followed by SEGA Rally at Number 7, EA's skate. On the 360 at Number 11, Activision's Enemy Territory: Quake Wars at Number 16 and THQ's Ratatouille at Number 39.

SuperSaiyan4 3 Oct 2007 08:00
1/2
'Next week... actually, everyone's stopped making games now and the industry has stopped bothering now that Halo 3's out. It's the end of the games industry. Good night. '

PGR4 is next Friday, however the US is playing it already...Don't understand why we cannot have it by this Friday, why next Friday??

SuperSaiyan4: congrats on your "sense of humour" bypass operation. As for the US getting games before us... are you new to this "gaming" lark or something? Welcome to the wonderful world of Europe constantly getting the shaft over the US and Japan. What's the delay on PGR4, one week? Two? PEANUTS. It will be boring anyway, they always are.