Championship Gaming Series - Results of the UK Draft and Final

Here?s the lucky lads and ladies on the way to the LA finals 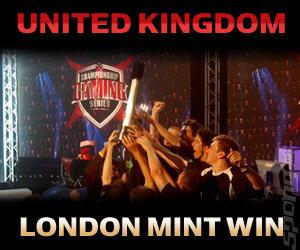 Each team features a total of ten 'cyber-athletes', each specialising in an official League game. Five of the ten players comprise a Counter-Strike: Source squad that competes in five-a-side matches. FIFA 07 is played one-on-one. Each CGS team also has a mixed-doubles team of two DOA4 players, who will play against other teams in one-on-one matches on Xbox 360. The racing game PGR3 is played by two players on each team in a two-versus-two format.

The two UK teams will be putting their local rivalries aside later this year, when they both make their way to the CGS 2007 World Championship in Los Angeles this December - with a cool million-dollar (Ł490,397.62) prize up for grabs.

?It was tough picking first with so many stand out players but I had to pick the most consistent gamers,? London Mint Team Manager, Sujoy Roy states. ?I think I have a great squad with a strong team morale and we are looking forward to taking on the other CGS teams at the World Championship in December.?

London Mint and Birmingham Salvo will join ten other teams from around the world in La La Land, which will be broadcast on Sky One, Sky One HD and Sky Two during the Championship Gaming Week of 24th - 30th December 2007.

All this is great news, as once you tire of playing all the games in your stocking, you will finally have something new and interesting to watch on telly over Christmas that isn?t the Queen, James Bond or The Wizard of Oz.

Before we go, it's over to Adam for the team line-ups...