UPDATED: Microsoft: Wii NOT "Limited" - We Own Next-Gen 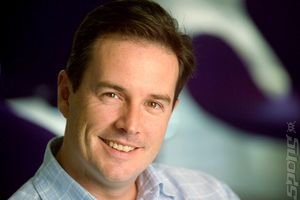 Microsoft's Neil Thompson
[b]UPDATE: A clarification has been issued by Microsoft' senior regional director of the entertainment and devices division in the UK, Neil Thompson to statements he was made yesterday regaring the limitations of the Wii.

?The gaming market is growing thanks to success of Wii and positive innovation by Xbox in offering a range of consoles that can be scaled up by consumers and true innovation in the online arena."


Microsoft' senior regional director of the entertainment and devices division in the UK, Neil Thompson, has shocked a lot of industry drinkers, sorry - thinkers - by not using the after-glow of the Halo 3 launch to take a pop at Sony. Instead he's laid into Nintendo.

"Nintendo are doing very well and they?ve done a great job at expanding the market in certain areas, but there is a limit in terms of what you can do with Wii and there is a very definite limit on the expandability of that product."

If that wasn't "ouch" enough, he continues:

"They looked at something which isn?t being offered and that?s probably kept them in the business, where many people perhaps thought they couldn?t last beyond the last generation because the technology has been evolved.?

Okay, so he does actually spend some time taking strips off Sony - while not naming names, as he says:

?I think in this generation we?ve absolutely been the innovative force in terms of what a next generation console should look like and how people should think about it. I don?t think we were innovative enough with the first console, so we did learn a lot from that."

Is Thompson right? Is the Wii limited? Does Microsoft own next-gen? Tell us in the Forum - but play nice.

these reps really have to have small dicks.

SuperSaiyan4 27 Sep 2007 15:41
2/19
Neil is perfectly correct, Microsoft own this generation and they will do so next generation as well.

Look at the games they have, the online service, the accessories, the choice, the number of consoles sold and the best AAA titles like HALO 3, PGR4, Mass Effect, Lost Odessy, Fable 2, Too Human, Ninja Gaiden 2.

Now look at what all the other consoles offer...They dont even come close.

Nintendo? On the usual Mario crap and Metroid Prime games which again are crap.

sure, they're right... More games? More AAA games? Could it -perhaps- have anything to do with the fact that the system has been out for 13 months longer?!! Perhaps? You think? Maybe? Which is over twice the amount of time the other systems have been out?

PS: by calling Mario Crap you just shot down the little credibility you had left.

thomasLogic 27 Sep 2007 16:33
4/19
FUD FUD FUD. First they admit HDMI is not needed for true high def then they copy Sony (almost) with HDMI 1.2. So no 7.1 like Sony's HDMI 1.3. Next they tell us what is next gen, no wireless controllers, no wireless internet, no free online, no charge and play. It's all about thge 'x'tras for gamers they tell us. Sure once you add in all the 'x'tras to the 360 you have paid much more than a PS3 and it's still a crap shoot. 360 failure rates are as high as 30%! This from a company that says it is doing better? This guy should find Bob and get busy, cause that all he does, neal and bob.

Yeah...if next-gen means the crumbs what Nintendo leaves you...sure, you can own...and euh..how's the profitability coming along MS?

The Xbox360 is the perfection of traditional gaming and by that alone MS will own nothing but a nice second place and a 30-35 million user-base...if only they had Nintendo's first-party's power they would actually make money of it!

PPS: by calling Metroid Crap you've not just shot down the little credibility you had left, but also killed it, and burried it 6 feet under.

The rest of the world isnt interested in endless shooting games, etc.. They want variety.

That's something for everyone (imho) as opposed to just endless hardcore shooting experiences.

So to say that msoft have the games is naieve to say the least.

Lemon Head 27 Sep 2007 19:13
9/19
The people at Microsoft are deluded lunatics. One look at how good the PS3 hardware is and their releases for next year (Metal Gear, Final Fantasy & Gran Truismo to name a few)and you can see that its going to outsell the 360 with ease. The way the 360 is selling (only shipped 2m this year) it might not even outsell the original Xbox. On the other hand the PS3 is selling faster than the PS2 did.

madjo 27 Sep 2007 20:38
10/19
Fact is still that for a under powered little device, the Wii is outselling both PS3 and XBox360. That means that the marketshare of the Wii is also bigger. No matter how you spin that, for a company that was doomed and insignificant, they seem to be on the ball here.

See I dont see it as being "underpowered". Just not as powerful as the other two. Hell you could say that the other two are "over powered" and subsequently cost too much to buy and develop for.

For example, Lets say my imaginary company makes a console which is 100 times more powerful than the ps3, but it costs $10k for the end user to buy. And the costs to develop for it are so high that games for it costs $300 a piece.

Now does that mean the 360 and ps3 and now underpowered? Or did i miss-judge my market by making my machine too powerful?

It means you made a ridiculously overblown comparison. The neo-geo did exit and it was a fine example of "yes it's awesome, but it's just to expensive". The xbox is priced very well and even the PS3, which is high, isn't bad, historically speaking, if inflation is taken into account.

As for what the MS brainiac said, I feel they have a very strong lead on sony and they shouldn't have to much trouble maintaining it with the games they keep putting out. As for Nintendo, the wii is blowing the xbox out of the water for now but a)it might not maintain this level of insanity for 4 years b) it's not necessarily taking customers away form MS and Sony, who are in direct competition.

The ps2 sold over 100 million without innovative waggle to lure in grandmas. There is no reason why the 360 couldn't eventually hit those kind of numbers along with the Wii. Now, i'm not so foolish as to bet on things going a particular way and if I worked for MS i certainly wouldn't be so foolish as to declare it out loud at this point in time.

As for the "wait till MGS4!!" crowd, your just deluding yourselves. It looks awesome and will most likely be huge, but it's no guaranteed 5 million system seller. As for FF#? they have never come anywhere near halo numbers in the US or Europe (I think). And japan, while a major influence in games, is not as big as a market as either of those. If MS never hits in japan they still have a huge following in the US, EU and AU. Not to mention how marvelously all of sony's "big games" have been failing so far. I hear Warhawk is great, but its just not a big hit, much like shadow run. Heavenly sword is an ok game with awesome visuals and lair apparently is a bit s**t. So you'll forgive me if I'm a bit pessimistic about drake and the temple of doom.
_______

Yeah, cause you can't bolt on a hard drive accesory can you? Or maybe a HD player drive can you? I am sorry, but this is just MS bluster. They got lucky that the hype machine picked up Halo 3 and put it in the mainstream press. It could have been very easy for it to fall by the way side like Heavenly Sword, or the army of PS3 titles that have underwhelmed. Also, just because a bunch of gun obsessed Americans buy one game by the bucket load, doesn't make you the victor of the war.

I think in this generation we?ve absolutely been the innovative force in terms of what a next generation console should look like and how people should think about it.

What? Fitter, harder, faster, better? That is all the 360 is. In fact nothing about it is innovative. All its best features like Xbox live is pretty much from the previous generations Xbox. Wow, wireless pads, like the Gamecube didn't have those! Games on a disc...oh my so new! I wish all this willy waving would stop. I am a 360 owner, and i still think Nintendo has the most exciting and interesting product - i just like whupping my friends online in Pro too much to change. The only innovative thing i have noticed is that Microsoft really doesn't give a toss about build quality, which is amazing considering the industry their in.

Also all this convergence thing is like being pushed drugs. I like the fact that my phone is a phone, ipod an ipod, and i want my console to play games, not to download music or videos! i have my computer for that.

I swear, Microsoft execs must be handing out a whole lot of favors out there.

Qreg 2 Oct 2007 19:28
17/19
Naturally, this guys statements need to be taken with a grain of salt since he does work for MS, but I think on his basic point he is right. Sure the wii is something new and original. So were lightguns, trackballs, and dancepads once and in reality all the wimote is is another accessory. It works good on certain games (i.e. Wario Ware, Rayman) but in mainstream genres the control has been, at best, mediocre (Zelda, Red Steel, Metroid Prime 3). I love Nintendo and respect the need to innovate but if they don't want to go the way of SEGA they are going to have to stop trying to take huge leaps into the future and go step-by-step. Remember the Gamecube and it's useless "innovations"?

no i dont remember the Gamecubes useless invoations, oh wait i just prooved your point!

no i dont remember the Gamecubes useless invoations, oh wait i just prooved your point!

Though I'm pretty sure the pico beat them. In other news did anyone here know that they made a Pico advanced?
_______
Posting of new comments is now locked for this page.