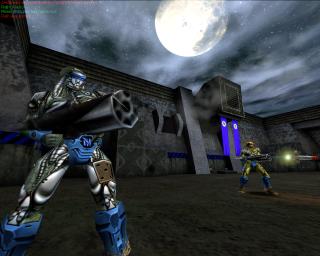 Infogrames has confirmed that the Xbox version of the brilliant FPS Unreal is in production for Xbox.

The rumour mill has ground out the name Unreal Champions for the new Xbox game and is said to be heavily focused on online play. Infogrames has confirmed that it will be built from the ground up, entirely for Xbox and will see the inclusion of an entirely new 3D physics engine.