Plus: Calls for PS3 price-cut from Eidos? 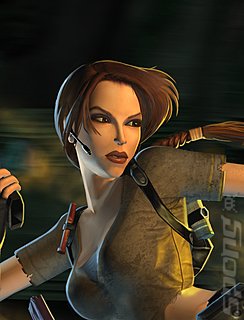 With the American giant, Activision, buying up one of the few remaining UK independents, Liverpool-based Bizarre Creations yesterday, the local video game scene took another hit today. The SCI Entertainment Group (owner of Tomb Raider maker, Eidos) has just released its final financial report for 2007 and it makes depressing reading with a Ł30-million loss compared to 2006's Ł8.1m profit.

And, while the company is pinning its hopes on the Nintendo Wii and DS, however, the chairman of it's subsidiary - Eidos - is looking at the PlayStation 3.

First.. those SCi facts and figures...

The company outlines the reasons for the loss - which came after a drop in revenue to Ł144m from 2006's Ł179.1m as follows, "Revenue for the year fell principally due to timing of product launches and weaker retail prices on old generation platforms. Both of these factors reflect the hardware transition in the video games market. An exceptional provision of Ł13.8m has been established against the carrying value of capitalised development costs."

It also comments on recent news of business suitors, stating, "Update on potential offer: On 4 September 2007 the Board confirmed it had received an approach regarding a possible offer for the Company. Since then it has received further approaches and discussions are ongoing with a number of potential acquirers."

In fact, at the top of the list of "things we did well this year (technically, 'Actions to build the Group') is:

Other actions mentioned are:
Acquisitions to strengthen New Media Business.

Significant investment in product pipeline including products for the successful Nintendo Wii and DS platforms.

However, Eidos' chairman, Tim Ryan, decided to look Sony-wards for his comments on the parent company's report, stating, "The Board continues to believe in the long-term commercial success of PlayStation 3 but believes this may take more time than originally forecast by Sony", continuing, "The Board is of the opinion that the key driver to the acceleration of the installed base of PlayStation 3 will be a further hardware price cut."

Commenting on the SCi results, Jane Cavanagh, Chief Executive of SCi said, "'Despite the challenges posed in a hardware transition year the Board has continued to focus on the objective of building long-term value. We have made significant investments in the year to increase and broaden our product pipeline, improve the long-term efficiency of our development studios and grow our New Media business. We have the strongest portfolio of products moving forward in the history of the company."

Bear in mind, however, that neither Bizarre's sale nor SCi's single set of figures necessarily mean the end of the indigenous industry. The the case of the former, if Activision really does stay hands-off, then multi-platform goodness may well emerge from Scouse-land. In the case of the latter, if SCi's losses really were down to bad timing and extraordinary purchases - such as a development studio in... Canada - the tide can still turn. Fingers crossed all round we say.

The more fiscally curious of you can read the figures in full right over here.
Companies: SCi