Steve Boxer takes his first glance at the 'most important game in history'. 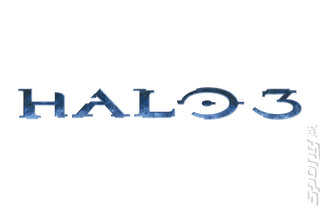 So - armed with unprecedentedly high review scores and a fearsomely expensive marketing campaign, not to mention a bewildering array of merchandising - here it is then. 2007?s biggest game (now that GTA IV has slipped). But, as a game, does it live up to the hype? Here are Steve Boxer?s first impressions, based on a sustained assault on the single-player campaign.

The first phrase that one would use to describe Halo 3 is ?reassuringly familiar?. Right from the off, it provides that comfortable Halo experience which we all know and love ? which could, perhaps, have been expected to lead to something of a backlash from those quarters that prize originality above all. If I was voting for the game of the year, I?d feel obliged to put efforts like BioShock, which truly break new ground, above it. But then again, it?s easy to see why the Halo hype-machine has gathered such steam; and you can?t blame Bungie for sticking to such a ridiculously successful formula. But in terms of the feel of the controls and the general look and tenor of the game, it doesn?t deviate from the first two members of the trilogy.

Graphically, the jump to the Xbox 360 doesn?t initially seem as big as you might expect, although the detail in the environments and the general texture-work are noticeably better. Of course, it still has that unmistakable Halo look, so that probably doesn?t help with the general visual ?Wow!? factor. The bubble shields, though, do look very next-gen. The next-gen elevation, however, has clearly allowed Bungie to add new levels of AI sophistication: the Covenant, noticeably, behave in a much more coherent manner, and make full use of all the objects in the game, so you have to take a much more tactical approach.

The other instantly noticeable aspect of Halo 3 is that considerable tweaking of weaponry has taken place. Covenant weapons pack much more of a punch than they did previously. This is just as well, as lack of ammunition becomes an issue very swiftly; and bear in mind that even in the early stages of the game, you have to pick up and use Covenant weaponry. In Halo and Halo 2, you?d sigh when forced to do that, due to the general weediness of Covenant weapons, but this time around, you actually enjoy experimenting. In fact, it?s not long before you start finding things like Gravity Hammers, which pack a serious melee punch but must be wielded with more precision than you?d expect. There are also cupboards containing Covenant weapons and ammo, so it?s not just a case of picking up battleground litter.

I briefly touched on the objects you can pick up and use (by pressing [X]); oddly enough, only three of which are mentioned in the manual. In fact, there are vast numbers of objects you can pick up and use, and you find yourself wishing that you could carry more than one, perhaps even picking your favoured one using the D-Pad? But you can only carry one; if you have one already, you can swap it as if it was a weapon (by standing over it and pressing and holding the right bumper). This is all a bit frustrating, as you find things like Energy Drains, which curiosity demands you to pick up and use. To be frank, it?s often difficult to see what items actually do. So, if you?re in a hectic situation, you often wish you hadn?t swapped that Bubble Shield, say, for something that sounded exotic but proved useless. But that?s all stuff that becomes irrelevant once you get used to the game.

Vehicle-wise, there is some great stuff in Halo 3. I am particularly keen on the Choppers, big bike-like Covenant vehicles with split front-wheels - they are really great all-rounders. They?re almost as manoeuvrable as Ghosts, but pack much more of a punch thanks to a high-calibre machine-gun. They will mow you down, though, so you have to be careful when jumping into them.

Then there are the tanks. The first time you come across one of these giant, mech-like beasts (that could transport hundreds of players) is one of those awe-inspiring moments in the game. This is particularly so since you have to jump into them from above and find out how to blow it up.

In general, you feel that Bungie has nailed the best aspects of Halo and Halo 2, and dispensed with the worst ? at all times, the gameplay is deeply satisfying, and you find yourself cackling with pleasure as you progress. The storyline is as great as ever, too. Halo 3 may not innovate, or throw any curve-balls at you, but it?s pure gaming Viagra, and that?s what matters.

tyrion 26 Sep 2007 07:42
2/11
Hypnotoad wrote:
F**k me - did Microsoft buy you SPOnG? I mean geezus...the whole site....wow. Great game don't get me wrong...but wow.
We've done takovers (as they are known in the trade) before. Just click on the Skins link in the menu above to select a more Wii-centric design for SPOnG if you wish. Or "Medieval 2" or "Neverwinter Nights 2".

We used to have a really nice one for Animal Crossing: Wild World, but it didn't work with the re-design we did a while back.

Tim Smith 26 Sep 2007 08:25
4/11
Rutabaga wrote:
I'd like to reiterate what the original poster asked. Has Microsoft paid you a serious amount of money for this "take over"?

The "Site Takeover" like the Wii one and the Neverwinter Nights one (which you can see under Skins) and the other Take Overs that came before are indeed paid for.

The Editorial content is not. Take Overs and ads (the things that pay my wages, before you point that out) are the remit of the advertising department - so, you'd have to ask them how much.

The Editorial content is my baby and the only way you're going to get paid editorial content on SPOnG is with a huge banner at the top of it saying "ADVERTORIAL" or "COMPETITION".

The Halo 3 editorial is there because, well, we'd look kind of stupid not running reviews of the biggest game of the moment. I mean sure, I could have said, "Nah, bugger it... it's only another Halo game... why bother?" but I would, of course, have been pilloried and sacked - and then shot. The reason I decided to run a review and a second opinion was in an attempt to get some balance. In the event - both Steve and Joe like the game...

I'll also be happy to get reader reviews from anybody who has played the game - supporting with pix of course.

And, of course, Microsoft wouldn't have given me all that money to fund by new yacht with...

Rutabaga 26 Sep 2007 08:44
5/11
Thanks. It just seemed a little overwhelming that the site seemed to of been taken over by Halo 3. That coupled with the fact that Microsoft seemed to of engineered the Halo 3 launch to the nth degree (No reviews posted 'til 8pm sunday etc) I was frightened.

On a plus note with the Halo 3 skin the site seems more responsive on my ancient works Mac.

BTW do you know if Microsoft have any yachts going spare?

Tim Smith 26 Sep 2007 08:57
6/11
Rutabaga wrote:
Thanks. It just seemed a little overwhelming that the site seemed to of been taken over by Halo 3. That coupled with the fact that Microsoft seemed to of engineered the Halo 3 launch to the nth degree (No reviews posted 'til 8pm sunday etc) I was frightened.

Nothing "seems" about it - the launch, like all launches was well and truly engineered. That's the reality - probably has been since the ceiling of the Sistine Chapel was launched...

Rutabaga wrote:
On a plus note with the Halo 3 skin the site seems more responsive on my ancient works Mac.


That's the kind of feedback that the site designers will appreciate - few more specs on the old Mac please...

Rutabaga wrote:
BTW do you know if Microsoft have any yachts going spare?

It's my yacht damn it! I sailed it to England from Australia. Microsoft simply pays for its crewettes, fuel, food, sheets, anchor chain, spare Evinrudes, spare mast, harbour fees in Sydney and Whitby... and some other stuff that I forget.

Rutabaga 26 Sep 2007 09:59
7/11
Tim Smith wrote:
That's the kind of feedback that the site designers will appreciate - few more specs on the old Mac please...
Don't laugh, 733mhz G4 with 640mb Ram but I've been promised a new mac before the decades up.
On another note, did anyone notice BBC1's 6pm news report on Halo 3, at one point it had video footage of Killzone 2.

No - I didn't catch the news... that is brilliant! Gods bless the good old Beeb... hold on... that was probably Sony paying Blue Peter to infiltrate the News and infect it with lies and fibs!

You didn't by any chance record it?

Classic i love the ignorance of non gaming reporters, For halo 4 perhaps we can get mario in there