The Charts: Can Midway Put EA In Stranglehold?

Will Medal of Honor be Woo-ed? 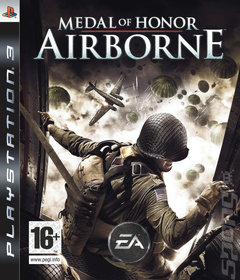 Electronic Arts manages to hold off a two-fisted assault from Midway in this week's Charts, with Medal of Honor: Airborne fending off an attack from John Woo's Stranglehold.

Two other new entries grace the Top 10 this week. Nintendo's Super Paper Mario for the Wii is the next highest new entry, bounding into the Charts at Number 4. Sony's Heavenly Sword, meanwhile, begins its Chart life at Number 7. You can catch SPOnG's review of the hack-'n'-slash here.

Codemasters' Colin McRae: DiRT re-enters the Top 40 thanks to the release of the PS3 version following McRae's tragic death at the weekend.

Rugby 08 from EA on the PC and PS2 enjoys a sales surge thanks to the World Cup kicking off, climbing from Number 40 to Number 22.
[url=http://news.spong.com/game/11040869]
Forza Motorsport 2[/url] also enjoys a renewed Chart presence, re-entering the Charts at Number 37 thanks to a new promotional Microsoft Entertainment bundle.