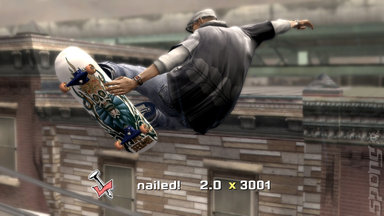 All Images (3) »
As of today PlayStation 3 owners are able to get their mitts on a demo of Activision's Tony Hawk's Proving Ground over the PlayStation Network.

The demo of the Neversoft-developed game takes players to Philadelphia, one of three cities that will be available in the final release. There they'll either begin competing as career skaters (or sell-outs, if you prefer), hardcore skaters (read: mentalists) or riggers (folk with too much time on their hands and a bent towards skating DIY).

The demo became available for the Xbox 360 earlier in the week.

You can read up on Proving Ground over on SPOnG's dedicated game page. When you're done, roll over to the page for EA's challenger to the venerable Hawk franchise, SKATE, to see how they compare.
Companies: ASL Activision Neversoft
Games: Tony Hawk's Proving Ground